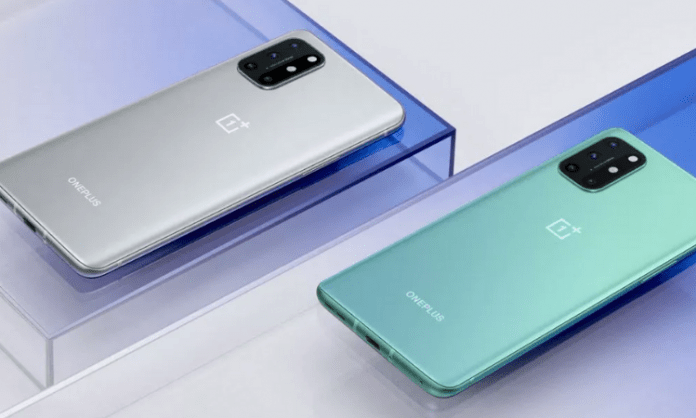 Amid the crowd only a few stand out and this is true for OnePlus which has impressed Indian smartphone users with its range of flagships (even the mid-price Nord has done wonders). The brand is now ready to end the year with a bang — launching OnePlus 8T in the ongoing festive season.

With the latest offering, OnePlus continues its tradition of releasing a ‘T’ series model of a flagship that it introduced earlier in the same year with several improvements across hardware abdand software.

The key specifications include a 120Hz display, a 4,500mAh battery with support for the 65W fast-charging and a Snapdragon 865 SoC.

We used the 12GB+256GB storage variant in aquamarine green for nearly a week and here is what we think about the device.

The front of the device is occupied by an edge-to-edge flat AMOLED screen with a punch hole on the top left corner for the selfie camera.

The frosted glass back panel has the newly-designed camera module which sits on the top-left side — unlike OnePlus 8-series’ centre-mounted camera setup.

The phone has a set of two logos at the back. There is the official OnePlus logo at the centre and another one at the bottom centre, which spells the brand name in bold letters.

The smartphone is easy to hold and comfortable to operate.

The OnePlus 8T 5G’s 120Hz Fluid AMOLED display is the first flat 120Hz display ever to earn an A+ rating from DisplayMate.

Every swipe as well scroll across the panel delivers smooth visuals, so users can enjoy the most intense games with remarkable fluidity and browse effortlessly through social media feeds on the immersive display panel.

The smartphone has 8,192 levels of brightness, making the transitions between various brightness settings feel natural and comfortable.

During the review, we streamed ‘Scam 1992′ web series and the smartphone performed effortlessly and the whole experience was seamless. The phone easily works for a day even when the screen is set to 120Hz refresh rate.

Another key feature is the 4500mAh battery which lasted over 30 hours on a full charge thanks to the new 65W Warp Charger in the box.

This new charger can juice up the battery in less than 40 minutes and 15 minutes on the charger will give you about 12 hours of juice.

Speaking of optics, the smartphone features a quad rear camera setup that includes a 48MP Sony IMX586 primary sensor with an f/1.7 lens, a 16MP Sony IMX481 sensor with an ultra-wide-angle f/2.2 lens, a 5MP macro sensor, and a 2MP monochrome sensor.

For selfies, there is a single 16MP Sony IMX471 sensor with an f/2.4 lens, housed in the hole-punch cutout at the top left corner of the screen.

With the above-mentioned combination of lenses, the smartphone produces some excellent, highly detailed and well-exposed shots.

The 16MP front camera is good too, producing detailed and well-toned images in a good light.

It runs the latest OxygenOS based on Android 11 which brings a new visual design, new animations and some much-desired features such as an easily accessible system-wide Dark mode, new Game Space, Ambient Display with new clock styles, etc.

The device performed great during our everyday usage and also responds well to games. The usual rounds of ‘COD: Mobile’ didn’t face any issue.

The in-display fingerprint sensor was fast enough to unlock the phone in the first attempt.

Conclusion: The OnePlus 8T ticks all the boxes for a premium flagship. The phone is perfect for someone who can’t compromise on power and performance.

For those who are on OnePlus, it is a must upgrade and enjoy the latest features along with a long-lasting battery.

Despite the perfect display, camera and design, OnePlus 8T faces the heat of its own sibling OnePlus Nord that has been a top-notch performer for less price.