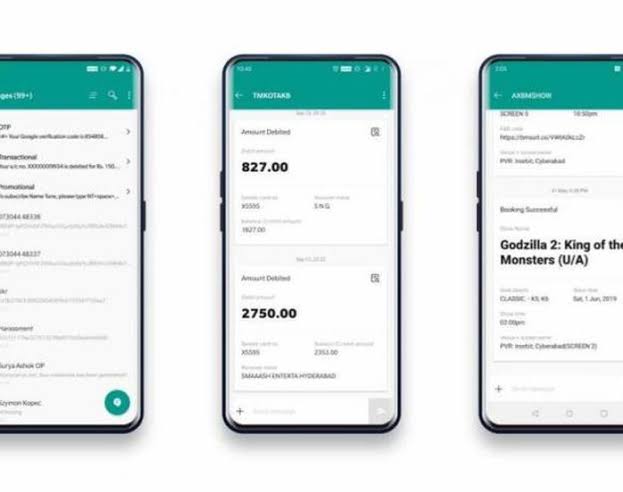 These updates will be part of the OxygenOS which will be rolled out for all OnePlus devices.

OnePlus launched the OnePlus 7T smartphone late last month, just a few months after the OnePlus 7 and the OnePlus 7 Pro earlier in the summer. But it is not only about the hardware and new products. OnePlus is also giving equal attention to the software side of things, particularly features for the OxygenOS. The company has announced a bunch of India-specific features for OnePlus phones.

The first is the Smart SMS manager, quite relevant in these times when spam as well as promotional messages are the order of the day. OnePlus says users can automatically categorize all messages, and perform quick actions, namely copying OTP codes or calling numbers sent in those messages. There is categorization of up to 39 types of messages, including tickets, bills and bank messages.

Then there is the improved Gallery app which sorts your photos into smart albums based on the faces it recognizes in pictures that you may have clicked, according to the location or even time of the day. All this happens on the device itself and OnePlus takes pains to assure that no data is sent to their servers and that a user’s privacy is untouched. There is also the addition of the free cloud storage options for backing up your photos—OnePlus will give 5GB free as the basic tier, though the introductory option does offer 50GB more for the first year.

OxygenOS will now let you assign your apps to Work mode or Life mode, which will automate a series of actions based on the location, Wi-Fi networks you are connected to, and/or a predefined schedule. You will be able to turn off notifications for work apps (including emails and instant messages) after office hours, for instance.

Then there is the new International Roaming Service, which we still have to test, but it does look like a rather interesting proposition. No need to purchase a specific SIM card or worry about data bandwidth and international roaming, access OnePlus Roaming without an internet connection. Let the wanderlust flow.” We await further details on how this works, how can a user sign up for this while traveling and which operators are a part of this service.

Last but not least are the cricket scores on the Shelf. Users can now customize this to add their favorite teams and access the scores quickly by simply swiping right on the home screen.

All these updates will be part of the OxygenOS updates which will be rolled out in the coming weeks, if your phone doesn’t already have them.

A hacker was trying to extract money from administrators of around 22,900 MongoDB databases that are accessible without a password, said a media report. The...
Read more
latest