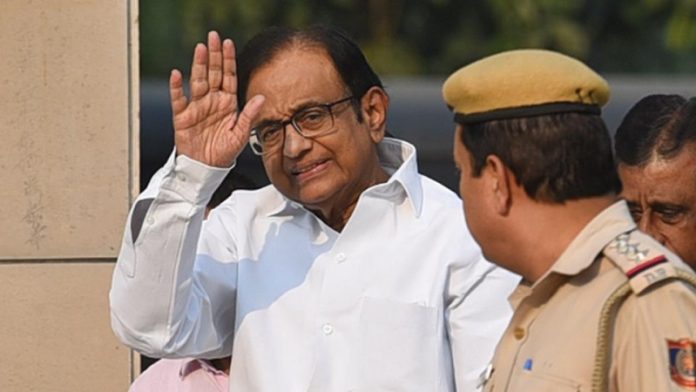 P Chidambaram, arrested from his Jor Bagh house in central Delhi in August, was granted bail by the Supreme Court on Wednesday in the money laundering case linked to the INX Media case.

Economic offenses fall under the category of grave offenses but bail should not be denied in all economic offenses, said Justice AS Bopanna who read out the verdict for the three-judge bench.

The top court’s order implies that the former finance and home minister can soon walk out of Tihar prison. The bench led by Justice R Banumathi, which accepted his appeal for bail on Wednesday in the case probed by the Enforcement Directorate, had earlier in October granted him bail in a related case investigated by the Central Bureau of Investigation.

But Chidambaram cannot leave the country without the permission of the special court trying his case. Justice Bopanna said Chidambaram will also have to cooperate in the investigation and not make any statements to the press relating to the case.

The court order also explicitly mentioned that Chidambaram should not attempt to influence the witnesses or tamper with the evidence.

P Chidambaram has been in custody since his dramatic arrest televised live by a team of Central Bureau of Investigation officers late on August 21. Chidambaram had just addressed a media briefing to declare that he wasn’t in hiding and headed home where CBI officers scaled the wall and whisk him away to the CBI headquarters where he was finally placed under arrest.

He was granted bail by the top court’s bench of three judges on October 22. But by that time, the Enforcement Directorate had arrested him in the money laundering case.

In his arguments for bail, P Chidambaram who was represented by senior lawyers Kapil Sibal and Abhishek Singhvi had contended that the serial arrests by the two federal agencies were timed to prolong his incarceration.