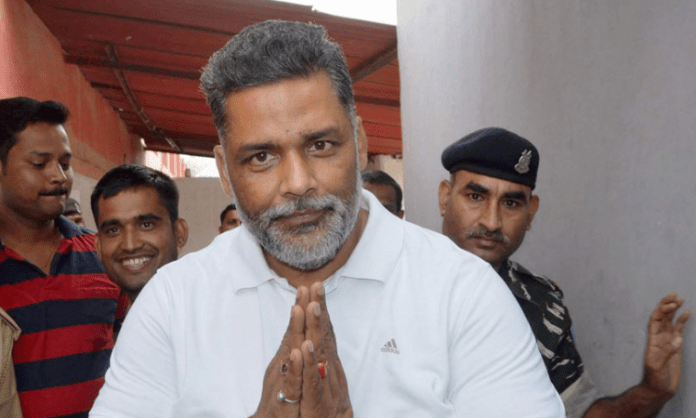 The Jan Adhikar Party headed by Rajesh Ranjan alias Pappu Yadav on Thursday claimed that voters will not allow Gujarati CM in Bihar any longer.

Playing the regional pride card, Yadav targeted the coalition government of the JDU and the BJP, alleging that the Gujarati leaders in the BJP are exerting a huge influence on CM Nitish Kumar.

“The people of Bihar do not want a Gujarati CM anymore. In the 2020 elections, a Bihari leader will emerge as the CM of the state,” Ranjan said.

The strong man of North Bihar also launched the party manifesto. Ranjan said he had submitted an affidavit before a first-class judicial magistrate in the Patna High Court before releasing the manifesto.

The affidavit was given on Wednesday in which it was mentioned that his party was ready to face legal action in case it failed to fulfill the promises made in the manifesto.

“As per the manifesto, every point shall be completed in a time-bound manner once my party forms the government in Bihar,” Yadav said.

Ranjan said that if his party did not turn Bihar into a corruption-free state within six months, he will tender his resignation and sent it to the governor’s office.

According to the manifesto, CCTV cameras will be installed in every shop as well as every home within one year to prevent crime. Any person found outraging the modesty of women will be punished within two weeks. There will be also a provision of deleting their names from the voters’ list.

Ranjan promised to develop Patna into Asia’s top city within three years. A film city will be set up in the name of actor Sushant Singh Rajput, land acquisition will be done as soon as any industrialist was ready for investment. The other points of the manifesto promise stopping the migration of people from Bihar within two years and permanently resolving the flood situation within three years.

“We have given the slogan of three years versus 30 years of RJD and NDA regime. This would be the first time in the history of the world that a political party has given an affidavit in High Court with a promise to fulfill the promises made in the manifesto in a time-bound manner,” He said.

“I have a list of 60 scams that happened during the NDA regime. All of these will be investigated,” added the four-time MP.