Home National Plastic flows into the ocean expected to triple by 2040: Research
National

Plastic flows into the ocean expected to triple by 2040: Research 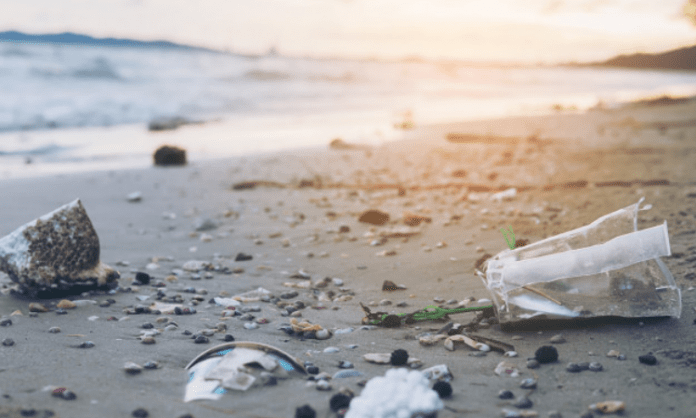 Without immediate and sustained action, the annual flow of plastic into the ocean could nearly triple by 2040, a new analysis by The Pew Charitable Trusts and SYSTEMIQ has found. The study also identified solutions that could cut this volume by more than 80 percent using available resources, if key decision-makers are willing to make system-wide changes.

The findings from the scientific analysis are captured in a report, ‘Breaking the Plastic Wave: A Comprehensive Assessment of Pathways Towards Stopping Ocean Plastic Pollution’. The research found that if no action is taken to address the projected growth in plastic production and consumption, the amount of plastic entering the ocean each year would grow from 11 million metric tons to 29 million metric tons over the next 20 years, equivalent to nearly 50 kilograms (110 pounds) of plastic on each meter of coastline worldwide.

Because plastic remains in the ocean for hundreds of years and may never truly biodegrade, the cumulative amount of plastic in the ocean by 2040 could reach 600 million tons — equivalent in weight to more than 3 million blue whales. And Covid-19 has presented additional challenges in the fight to end ocean-bound plastic pollution, as single-use plastic consumption has increased during the pandemic, according to the International Solid Waste Association.

Although progress has been made in addressing the global plastic challenge, the report finds that current commitments by government and industry will reduce the amount of plastic flowing into the ocean only by 7 percent by 2040.

“There’s no single solution to ocean plastic pollution, but through rapid and concerted action we can break the plastic wave. As this report shows, we can invest in a future of reduced waste, better health outcomes, greater job creation, and a cleaner and more resilient environment for both people and nature,” said Tom Dillon, Pew’s vice president for the environment.

The report identifies eight measures that together could reduce by 2040 about 80 percent of the plastic pollution that flows into the ocean annually, using technology and solutions available today. Among them are reducing growth in plastic production and consumption, substituting some plastics with alternatives such as paper and compostable materials, designing products and packaging for recycling, expanding waste collection rates in middle- and low-income countries, increasing recycling, and reducing plastic waste exports.

While the system change scenario reduces annual ocean plastic pollution rates by more than 80 percent, it will take an unprecedented level of activity and will still leave more than 5 million metric tons leaking into the ocean each year in 2040. Fully eliminating the flow of ocean plastic pollution will require dramatically increasing innovation and investment, with significant technological advances, new business models, and a greater emphasis on research and development.

Results indicate that the plastic crisis is solvable. It took a generation to create this challenge; this report shows we can solve it in one generation, Martin Stuchtey, SYSTEMIQ’s founder and managing partner concluded.