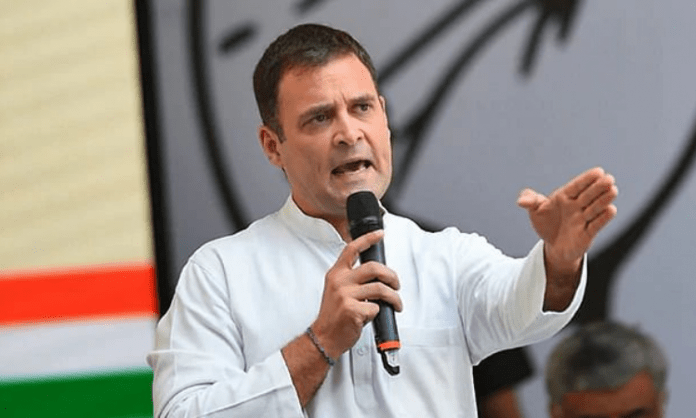 Former Congress President Rahul Gandhi said on Wednesday that effigies of Prime Minister Narendra Modi were burnt in Punjab on Dussehra, and not that of ‘Ravan’. He said that burning the effigy of the Prime Minister was sad, but the youth are angry with him.

Raising the issue of the new agricultural laws, Rahul said that effigies of ‘Ravan’ are usually burnt on Dussehra, but this time in Punjab the effigies of the Prime Minister and industrialists were burnt. He said, “It is sad, but it is happening because the farmer is upset, the youth is angry.”

He blamed Nitish Kumar and the Prime Minister for unemployment in Bihar and in the country, saying that people of Bihar get jobs in Delhi, Haryana, Punjab, Bengaluru but not in Bihar.

He said that the farmers and youth of Bihar are hardworking, that’s why Mahatma Gandhi first came to Champaran to drive away from the British. The Congress leader accused the leaders of the NDA of telling lies. “Some years ago Prime Minister Narendra Modi came here and said that this is a sugarcane area, I will start a sugar mill and when I come next time, I will have tea mixing sugar in it which is produced here. Did he have tea with you?”

He appealed for votes for the Grand Alliance and said that the leaders of the ruling National Democratic Alliance lie. Earlier, there was talk of two crore jobs. Rahul said that now if PM Modi comes here and speaks about two crore jobs, maybe the crowd would drive him away.