A.P Police Shocked With The Behavior Of Y.S Jagan 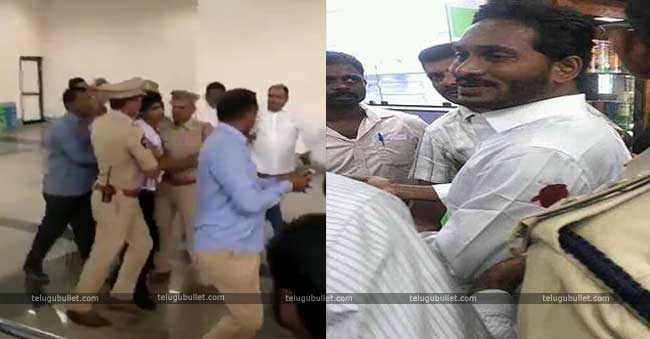 In regard to the attack at the Vishaka airport, the SIT who went to meet Y.S Jagan at City Neuro hospital in Hyderabad has got a bitter experience. The A.P police have waited for a long time to get the clearance from the doctors to meet Jagan. But finally, after meeting the opposition chief,  the A.P police who has asked for the statement regarding the issue were shell-shocked by the behaviour of Jagan Mohan Reddy. Citing that he doesn’t have any confidence in A.P police, Jagan has refused to give the statement.

Instead, he even let the SIT know that he would give it to rather Telangana police but not A.P police on this issue. He also adviced and made it clear that he would be giving the statement only in the presence of officials to any agency who are not reporting to A.P police. Shocked by the response of the opposition chief of Andhra Pradesh, the SIT has returned back without taking any statement.