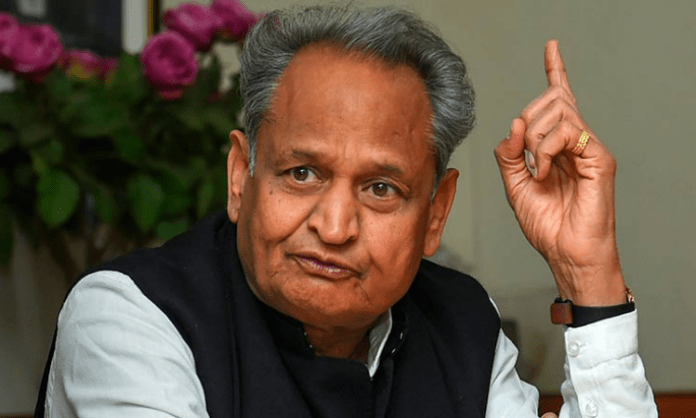 After Punjab, Rajasthan’s Chief Minister Ashok Gehlot to has decided to convene a special session of the Assembly to discuss the farm laws.

On Tuesday, Gehlot called a cabinet meeting and announced that Rajasthan will also call a special session of the Legislative Assembly ‘to preserve farmers’ interest’.

He tweeted after the cabinet meeting: “The Council of Ministers have decided that a special session of the Legislative Assembly should be convened soon in the interest of the farmers of the state to preserve their interests.

“In the session, the effect of the laws implemented by the Government of India will be discussed and amendment Bills should be brought in the interest of the farmers of the state,” he said.

In his other tweet, Gehlot said, “The Indian National Congress, under the leadership of Mrs. Sonia Gandhi and Rahul Gandhi, stands firmly in favor of our ‘Annadata’ farmers and our party will continue to oppose the anti-farmer laws that the NDA government has enacted.”

Sources said that the meeting discussed restoring the rights for dispute settlement in the purchase of crops by the civil court. “In Rajasthan, arrangements for settlement of crop purchase disputes should be retained with the Mandi Samiti or Civil Court,” it was decided in the meeting, sources said.

Even as the Supreme Court on Tuesday observed that Covid-19 notices pasted outside residences of patients lead to their considerations as "untouchables" by others,...
Read more