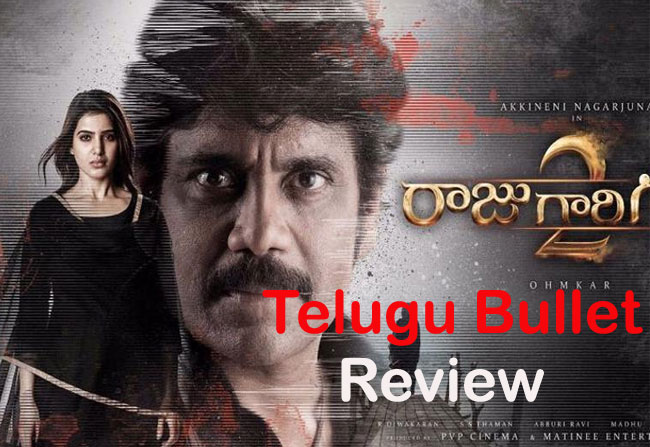 Ashwin, Vennela Kishore, and Shakalaka Shankar are running a resort. But they facing unexpected problems on that resort. So they suspect that there is a spirit in the resort and will get panic. They will approach a church father to ask help for getting out of this problem. But the church father says that meet a mentalist (Nagarjuna) to find the spirit. So this mentalist who can find the inner feelings of a person by seeing the face will confirm that there is a spirit ( Samantha) who is waiting to take revenge. Why the spirit has revenge…? Who has done injustice to her…? Will that spirit take revenge…? What will happened at the end of the movie…? To know all these answers you should watch ‘Raju Gari Gadhi 2’ movie…

It’s very difficult to do horror comedy movie. If the flavor correctly added then the movie is super hit or else flop. That’s why director Omkar took this screenplay as a challenge and made the script. The first half will be full of fun and with horror screens make the audience entertained. And in the second half, the main lead of the movie Nagarjuna and Samantha are perfectly molded into the characters. Samantha very well told about a girl who faced problem in the society because of people’s wickedness. Samantha perfectly connected to the character because of the concept that’s why she didn’t use the glycerin and got the tears. And Nag did a good performance as a mentalist who read people’s mind.

But the director Omkar couldn’t able to concentrate on the mistakes of the original version of this movie in Malayalam ‘Pretam’ movie. As it seems like he fully followed the original subject. ‘Raju Gari Gadhi 2’ movie would have been more nice if they concentrated on the screenplay more. The camera work is good and the Cinematographer Divakaran work is amazing. Thaman background music worked very well for ‘Raju Gari Gadhi 2’ movie.