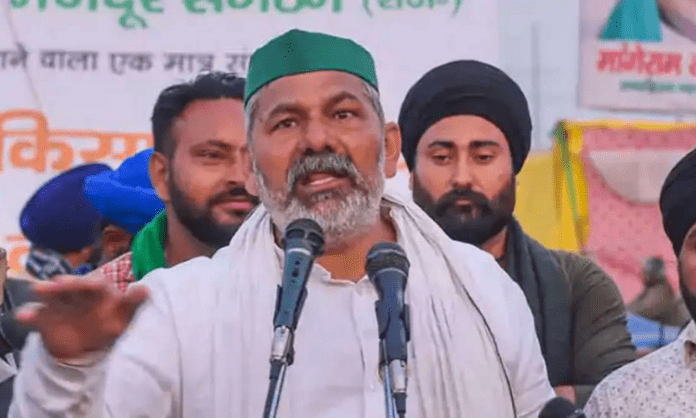 Farmer leaders on Tuesday welcomed the Supreme Court decision to suspend the three farm laws but said they will not leave the protest site till the three laws were repealed.

Speaking to media after the Supreme Court order, Bharatiya Kisan Union (BKU) spokesperson Rakesh Tikait said, “Our protest will continue. We are demanding that the government repeal the three laws and also make a law to guarantee Minimum Support Price (MSP) for our produce.”

He also said farmers will continue the protest, regardless of the number of days it takes.

Tikait also said he will discuss the Supreme Court order of putting the three farm laws on hold with other farmer leaders.

Asked if farmers will participate in the panel formed by the Supreme Court, Tikait said, “We will discuss the issue in the core committee of farmers. And we will also go for the meeting with the government scheduled for January 15.”

Asked about the plans of taking out a tractor parade on January 26, he said, “Protests will continue, the Republic Day parade will go as planned.”

Tikait’s remarks came soon after the Supreme Court stayed the implementation of three farm laws and formed a committee comprising mostly agriculturists to hear the grievances of the farmer unions against the laws.

A bench headed by Chief Justice S. A. Bobde said, “We are going to suspend the implementation of the three farm laws until further orders.”

The Chief Justice mentioned the names of agriculture economist Ashok Gulati, Dr. Pramod Kumar Joshi, Anil Dhanawat, and B.S. Mann to be on the committee to hear the farmers’ issues regarding the laws.

The top court also issued a notice on the Delhi Police application seeking to stop farmers from entering the national capital to hold a tractor rally on Republic Day.

Speaking to media, Jaspreet Singh, a farmer leader said at the Singhu border, “We are demanding for the repeal of these farm laws. Farmers have been agitating for the last four months, at least 70 people have died.”

Thousands of farmers from Punjab, Haryana, and Western Uttar Pradesh have been protesting at several borders of the national capital for the last 48 days demanding the repeal of the three farm laws and the guarantee of MSP.