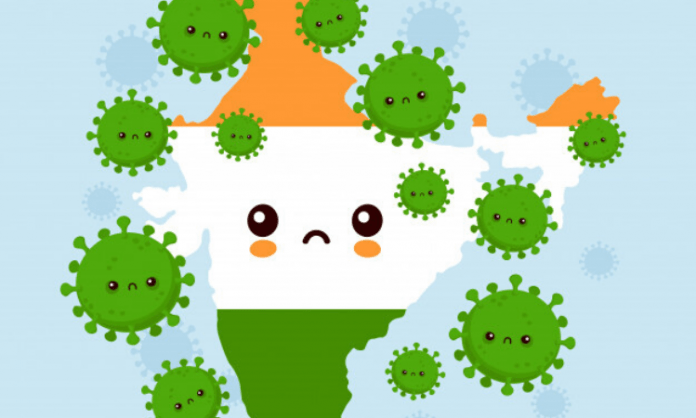 India reported the single-day spike of 55,079 coronavirus cases and 779 deaths in the last 24 hours pushing the total tally to 16,38,871 and 35,747 deaths, stated the Union Ministry of Health and Family Welfare on Friday.

More than one million people have recovered until now, over 1.9 times the number of active cases. As many as 10,57,805 have been discharged, while 5,45,318 still remain affected.

As many as 16 states and UTs have a recovery rate more than the national average of 64.44 percent. The highest number of recovered patients are in Delhi, Ladakh, Haryana, Assam, Telangana, Tamil Nadu, and Gujarat.

Besides this, India achieved another landmark. More than six lakh tests were done in 24 hours on Thursday, the Ministry said that the testing infrastructure has increased and almost one crore tests were conducted in the span of the last month.

At the global front, The total number of global coronavirus cases has topped 17.2 million, while the deaths have increased to more than 6,71,000, according to Johns Hopkins University.

As of Friday morning, the overall number of cases stood at 1,72,37,642, while the fatalities rose to 6,71,909, the University’s Center for Systems Science and Engineering (CSSE) revealed in its latest update.

Goa's Health Ministry on Friday received 1,008 vials of Remdesivir from pharma major Cipla. Remdesivir is an anti-viral drug that is administered to Covid-19...
Read more