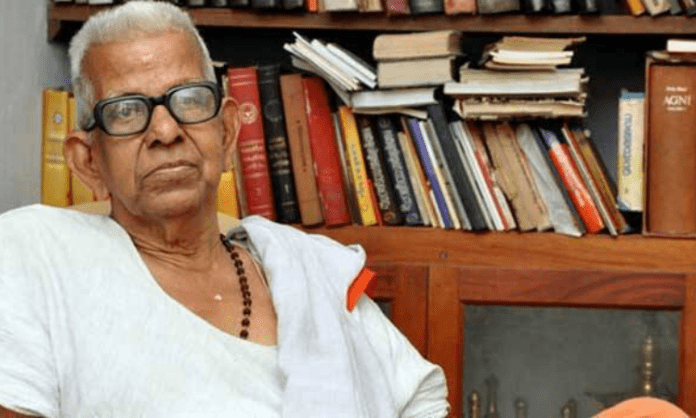 Appearing live from his office in the state Secretariat, Chief Minister Pinarayi Vijayan paid tributes to the life and works of 93-year-old Akkitham, as he is popularly known.

Seated in an armchair at his home, Akkitham received the award and became the sixth Keralite to be conferred the prestigious literary award.

The dictionary defines the word Republic "as a government in which supreme power resides in a body of citizens entitled to vote and is...
Read more

Ashwin, Sundar, Kuldeep may be India’s spinners for 1st Test vs Eng