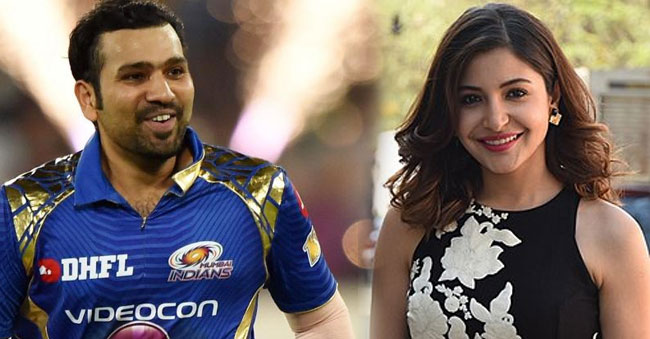 Indian’s star batsman, the only one to score 3-double centuries in ODIs, Rohit Sharma has made shocking comments on Virat Kohli, Anushka Sharma wedding. The Indian opening batsman went on to advice the Bollywood beauty Anushka Sharma not to change her family name.

‘I congratulate you both on your marriage. Kohli… I will give a book that tells you how to deal with your wife. And Anushka, there is no need to change your family name because you got married to Virat,’ said Rohit Sharma.

Anushka Sharma replied to Rohit. ‘I am thankful for your advice Rohit. I congratulate you on your double hundred in the 2nd ODI’, tweeted Anushka Sharma.

Anushka who has been busy in her wedding event from the past week or so has taken some time off to thank everyone who has wished her and Virat on their marriage.

Virat Kohli and Anushka Sharma got married on 11th of December, 2017 in a heritage resort in Milan, Italy. The marriage was a private event.

WhatsApp
Facebook
Twitter
Previous articleDevasena Anushka sensational comments on casting couch | One has to be a ‘Swan’
Next articleShocker! KTR praises Chandrababu!

Filmmaker Vishal Bhardwaj is developing a film franchise based on the works of famed author Agatha Christie. The series will feature a new pair...
Read more
Sports