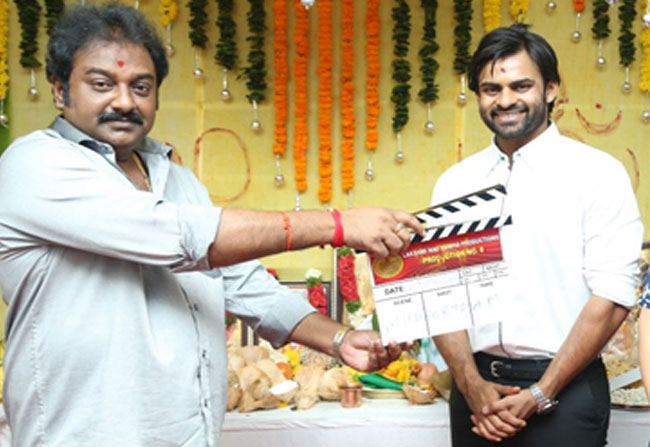 Sai Dharam Tej Movie VV Vinayak: In Jr. NTR carrier Adhurs movie gives a great success. In that movie, NTR dual role is very impressed. NTR’s performance in the role ‘Chari’ was the best in his career. Adhurs movie director VV. Vinayak. After that, he directed a film Naayak with Mega Power Star Ram Charan. In that movie Ram Charan in the dual role. Recently Kaaidhi No. 150 film directed by VV Vinayak. In this film, Chiranjeevi is in the dual role. Now VV Vinayak is doing a movie with Sai Dharam Tej.

Nearly VV Vinayak take 6months of a gap and he starts this movie. Mega Fans believing that Tej will own a Star Image with this film. In this film, Tej is in the dual role. Till now VV Vinayak deals with dual role films successfully. The film industry believing that this film will definitely get success. In the Tej career, this film remains great.