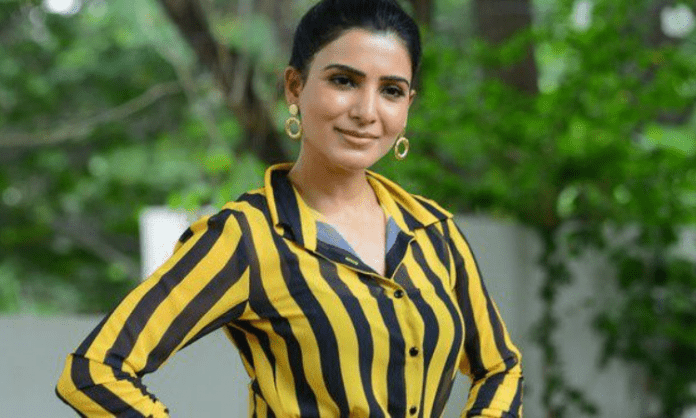 Southern star Samantha Akkineni has garnered a fan following of 12 million on Instagram. The actress shared the news on Monday with a new picture and also thanked her fans.

“12 million Now and forever. Thank you for this amazing shot @vaishnavpraveen @thehouseofpixels,” she wrote alongside the image that has Samantha posing on a sofa in a shimmery dress.

The actress recently shared that she starts her weekend by doing 108 Surya Namaskars.

Samantha has made a name for herself in the Tamil and Telugu film industries. She is known for her performances in films such as “Ye Maaya Chesave”, “Neethaane En Ponvasantham”, “Eega”, “Mersal” and “Rangasthalam”. She impressed all with her role in “Super Deluxe” last year.

She will soon be seen in the second part of “The Family Man”.

Sumeet Vyas stars in the short film, Blouse, and he describes the effort as a simple story that needed special skills to be told. The...
Read more
Cinema Latest

Actor Kunal Kemmu says fatherhood in real life has helped him portray a father on screen. "It obviously helps because being a father in real...
Read more
Cinema Latest

Filmmaker Bejoy Nambiar is ready to launch his new thriller, Taish, in the form of a web series as well as a film. Explaining the...
Read more

As the US presidential election inches closer, Facebook has said about one lakh people have signed up as poll workers on its platform. To make...
Read more

Google has started rolling out the noise cancellation feature in its video conferencing app Meet for both Android as well as iOS to cancel...
Read more

Samsung Electronics was the world's top smartphone vendor in August, a report has said, as the company widens the gap with China's Huawei Technologies...
Read more

Sumeet Vyas stars in the short film, Blouse, and he describes the effort as a simple story that needed special skills to be told. The...
Read more
Read More