Sammy urges ICC, cricketers to speak out on Floyd’s death 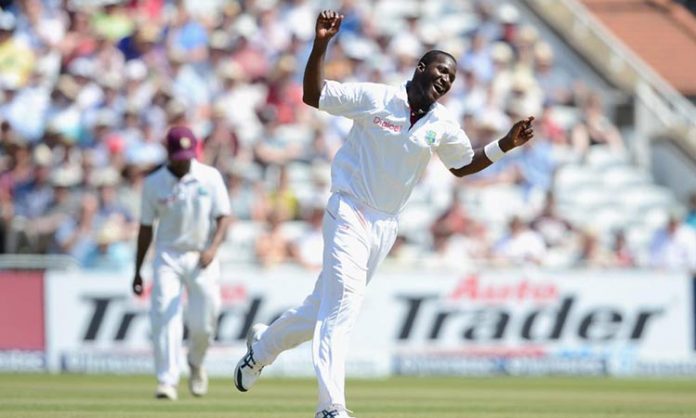 Former West Indies captain Darren Sammy has urged the cricket community to speak out on George Floyd’s death that has caused massive outrage in the United States.

Floyd, aged 46, died last week shortly after Derek Chauvin, a police officer, held him down with a knee on his neck though he repeatedly pleaded, “I can’t breathe,” and “please, I can’t breathe”.

Sammy took to social media and called out International Cricket Council (ICC) and other cricket boards to speak out on the matter as according to him, “injustice” like this happens all around the world.

“For too long black people have suffered. I’m all the way in St Lucia and I’m frustrated. If you see me as a teammate then you see George Floyd, Can you be part of the change by showing your support. #BlackLivesMatter,” Sammy wrote on his Twitter handle.

“ICC and all the other boards are you guys not seeing what’s happening to people like me? Are you not gonna speak against the social injustice against my kind. This is not only about America. This happens every day #BlackLivesMatter now is not the time to be silent. I wanna hear from you.

“Right now if the cricket world is not standing against the injustice against people of color after seeing that last video of that foot down the next of my brother, you are also part of the problem,” he added.

Sammy’s comments come after his former teammate Chris Gayle had also put out a similar message on social media. Gayle had said that racism doesn’t take place only in football but cricket also.

“Black lives matter just like any other life! Black people matter. P***k all racists people. Stop taking black people for fools, even our own black people wise tha P***k up and stop bringing down your own ffs!!!” Gayle wrote in his Instagram story.

“I’ve travel the globe and experience racist remarks towards me because I am Black, believe me…this list goes on!!!

“Racism is not only in football, but it’s also in cricket too!! Even within teams as a Black man I get the end of the stick!!! Black Powerful!” the ‘Universe Boss’ added.

Some 40 cities across the US have imposed curfews to curb acts of violence in extensive demonstrations against police brutality and racism. All four police officers involved in the Floyd incident that took place in Minneapolis city have been fired, and Chauvin has been charged with third-degree murder and manslaughter.

. @ICC and all the other boards are you guys not seeing what’s happening to ppl like me? Are you not gonna speak against the social injustice against my kind. This is not only about America. This happens everyday #BlackLivesMatter now is not the time to be silent. I wanna hear u