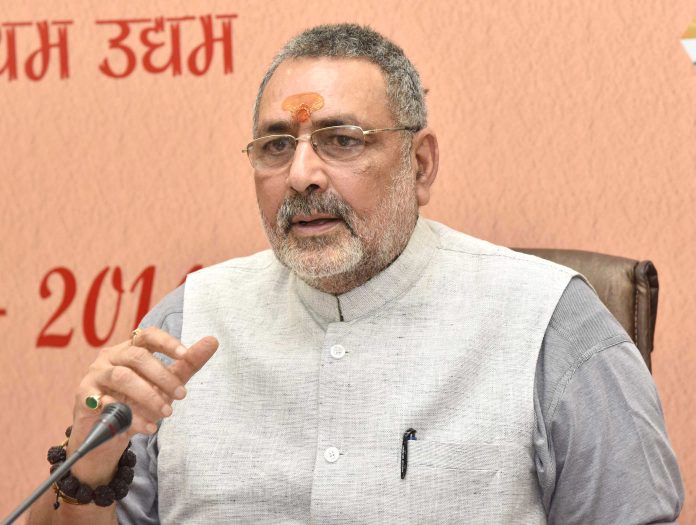 Shaheen Bagh has grown a breeding ground for suicide bombardiers planning upon the nation from the capital city, Union Minister Giriraj Singh stated today, continuing to the hate conversations that have denied the Delhi election campaign.

Shaheen Bagh is not a movement anymore. Suicide bombers are being raised here. A conspiracy is being planned against the country in the country’s capital Giriraj Singh tweeted in Hindi on Shaheen Bagh, the heart of protests against the citizenship law CAA.

Giriraj Singh, the Union Minister for Animal Husbandry and Fisheries is notorious for his incendiary speeches, for which he has mostly gone unpunished.

A multitude of BJP leaders, including Home Minister Amit Shah, have targeted the Shaheen Bagh protest in a deeply polarizing campaign for the Saturday Delhi election.

Since December 18, hundreds of men, women, and children have sat on protest on the road at Shaheen Bagh in south Delhi, against the religion-based Citizenship (Amendment) Act or CAA, which enables non-Muslims from Pakistan, Bangladesh, and Afghanistan to become Indian citizens if they escaped religious persecution and entered India before 2015.

The government has been accused by critics of subverting the constitutional principle of secularism and discriminating against Muslims by bringing in the CAA.

The ruling party’s campaign pitch has circled around Shaheen Bagh and the narrative that the protesters are “anti-national” and have blocked a key road, inconveniencing thousands of commuters.

Last week, Amit Shah had said at a Delhi rally that people should press the button on the Electronic Voting Machine with “such anger that the protesters in Shaheen Bagh feel the current”.