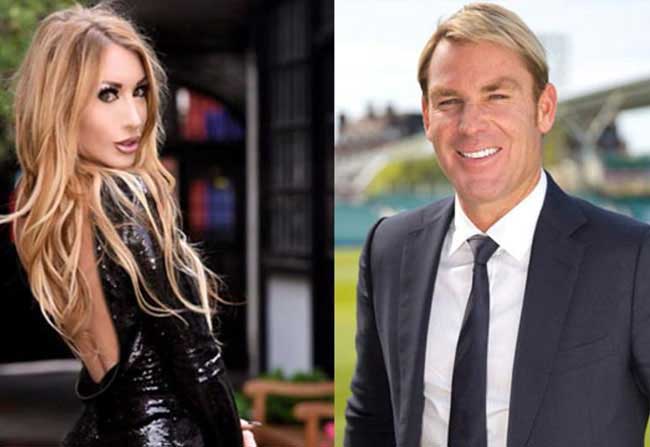 Former Australian cricketer Shane Warne condemned allegations that he bet the 30-year-old porn star, Valerie Fox. He declared that this dispute came to an end. He said that he was shocked by the news coming up on the TVs and that there was no truth in the allegations made by the actress. Warne clarified on Twitter that it was true that Fox’s case against him, but the police who investigated him had realized that he was not the victim. Warne explained that the police were investigated him by examining the CCTV footage and enquiring the locals over there. Knowing that the allegations of fox were false, they did not take any action against him.

He requested to stop the fake news about him. Valerie Fox had complained to police against Shane Warne on Friday nights club in London. She also posted photos on Twitter showing her wounds and said that he could not escape from punishment even if he is a famous personality. The police immediately inquired Warne regarding the fake complaint. Warne’s announcement after the police investigation that there was no fault in him became sensational.

Is JD Involved in Lakshmi Parvathi’s Acceptance For NTR’s Biopic?