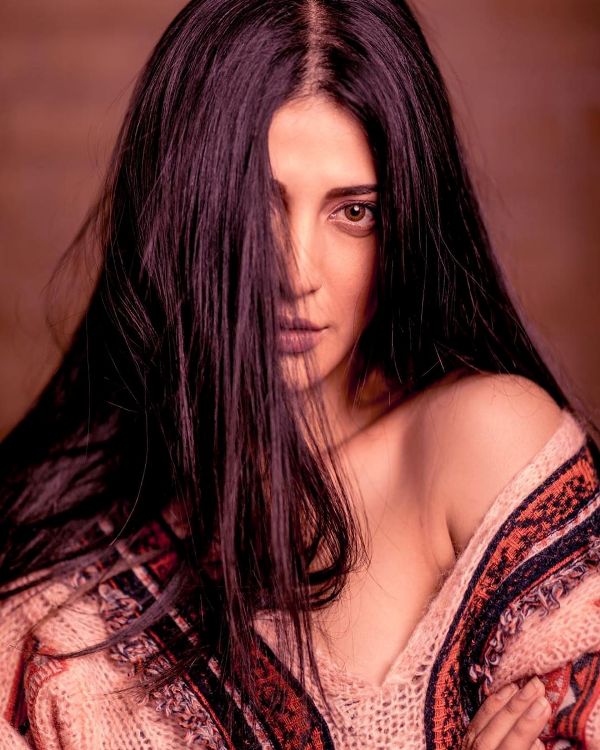 Due to coronavirus spreads across the world and several nations declare a national emergency. Bollywood celebrities are also staying indoors as a precautionary measure. They have been urging their fans to do the same through their social media posts. Now, Shruti Haasan took to her Instagram handle to share a throwback picture from one of her photoshoots and you can’t miss it!

In this picture, we can see the actress posing in a nude coloured knitted top. Her half face is covered with her hair.A few days back, the actress made headlines when she took to her social media and raised an alarm over people gathering in public to cheer. She tweeted, ”Errrrm why are so many people all stuck together to bang their plates in public ? And why are some people holding mini concerts ? aren’t we supposed to be isolated in our own balconies ?”.

She was last seen in Bollywood film ‘Behen Hogi Teri’ . Shruti is also a singer and has crooned songs for Hindi, Tamil and Telugu films.She is also part of an alternative rock band, The Extramentals. The actress had recently rendered her voice for the character Elsa in ‘Frozen 2’ in Tamil.

🦁 if you get the inside right the outside will fall into place 🦁 #lotsoftimetothink #staysafeeveryone 📷 @mrjames.harris