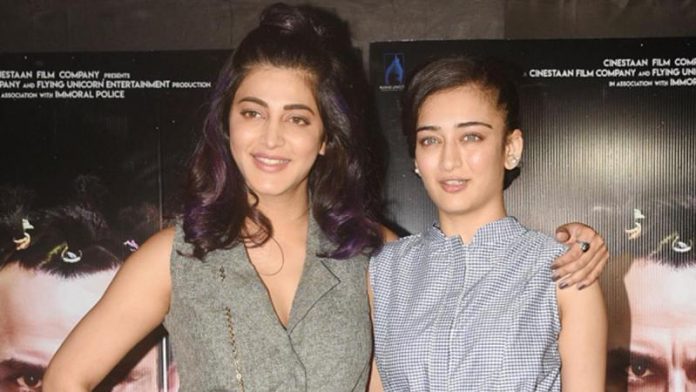 We often see father-son duos working together in films but there are very few films where we seen brothers or sisters sharing screen. But this is going to happen now as Tamil circles reveal that the Hassan sisters will be acting together in a Hollywood remake.

As per grapevine, Shruti Hassan, and her sister Akshara Hassan are going to share the screen space in the Tamil remake of an English film ‘Don’t Breathe’. Star hero Vikram is said to be playing an important role in this film. If this news turns out to be true, it will be interesting to see both the sisters onscreen. Both of them are highly talented people and with Vikram doing a crucial part, the film is already gathering a lot of buzz.

‘Don’t Breathe’ is a Hollywood horror film released back in 2016. In the film, two teenage thieves enter the house of a blind ex-military officer and face some strange situations. This film was a good hit and ‘Fede Alvarez’ who worked on films like ‘Evil Dead’ directed this film. This film has a lot of thrilling moments.