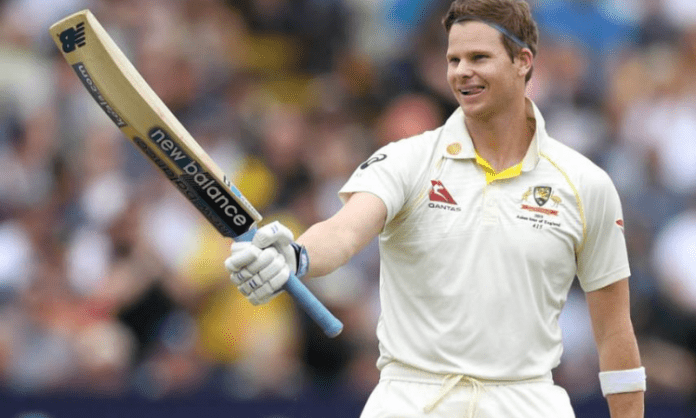 Steve Smith’s return is a big plus for Australia and a “big headache” for Team India, feels Australia batsman Glenn Maxwell ahead of the blockbuster clash which begins next week.

Smith, along with Warner, was not part of the 2018-19 series against India when Virat Kohli’s men won the Test and the ODI series Down Under. The three-match T20I series was tied 1-1 as one of the matches was washed out.

However, both Smith and Warner are part of all the three squads which will take on India in the much-anticipated fixtures beginning November 27. Smith was not part of Australia’s last ODI series in England because of the concussion he suffered during a net session.

“To have someone like Steve Smith coming back to our site, it is going to be a big plus for us, a big headache for India. Smith has always scored runs against them,” Maxwell said during a select media interaction organized by series official broadcasters Sony.

While Australia is slated to have both their star performers for all 10 matches against India, the visitors will be without their star opener Rohit Sharma in the limited-overs leg of the tour.

Rohit is recuperating from a hamstring injury sustained during the Indian Premier League and is slated to join the Indian team for the Test series. In his absence, KL Rahul will serve as Virat Kohli’s deputy in the three ODIs and three T20Is.

Maxwell feels Rohit’s absence is a big “positive” for the hosts. “He (Rohit) is a class performer, so consistent as an opening batsman with a couple of (three) double hundreds. So anytime he is not in the line-up against you, it is a positive,” Maxwell said.

However, he also says that Rahul is as good a back-up as any team can wish for.

“But in saying that, India has still got back-ups, more than capable of playing that role. We saw KL Rahul, the performance that he put on during the last IPL was extraordinary. Whether he opens the batting or not, I am sure he will be just as good a player,” he said.

In Rohit’s absence, it is likely that Mayank Agarwal will open the innings alongside Shikhar Dhawan while Rahul, who will also be performing the wicket-keeping duties, is expected to bat middle-order.

“Well, I would say they (Mayank-Rahul) are the two lovely guys I have ever met. It was a pleasure to spend the change room (with them), two very good players, they score all-round the wicket and have got very limited weaknesses,” Maxwell, who spent time with Mayank and Rahul at the Kings XI Punjab, said.

“I suppose ODI cricket might be a bit different (compared to T20). Hopefully, with our bowling attack, we can put some pressure on them, and with a bounce in the pitches and bigger grounds as well, they play into our hands. They are good performers, and good players,” he added.

Maxwell believes Mohammed Shami’s skills as both a “new ball and old ball” bowler will be a key for India. “A guy like Mohammed Shami, whom I have played within the recent IPL and played with him in Delhi, as well. (I) saw the skill that he has.

“He has got good skills at the end (death overs) as well as with the new ball. His ability to get moving on pitches will be a key to them,” said Maxwell.