Soldier killed in Pak firing on LoC in Rajouri 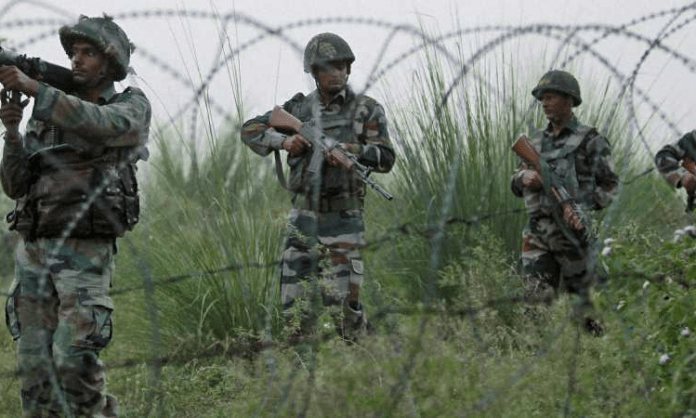 Even as New Delhi appeared poised to summon the Pakistan Deputy Chief of Mission over the Nagrota attack, an Indian soldier was killed on Saturday in ceasefire violations at the Line of Control (LoC) in Jammu and Kashmir’s Rajouri district.

“Army Havaldar was killed in action during ceasefire violation along the LoC in Nowshera sector,” Colonel Devender Anand, a defense ministry spokesman said. Pakistan has been violating with impunity the bilateral ceasefire agreement signed by two countries in 1999.

In over 3,200 such ceasefire violations since January 2020, 30 civilians have been killed and over 110 injured. The Indian Army has been retaliating strongly to Pakistan firing on the LoC. Four terrorists were killed on the Jammu-Srinagar national highway near the Nagrota Toll Plaza on Thursday from whose possession 11 AK rifles and other weapons were recovered.

The police chief, Dilbag Singh said these terrorists had sneaked into Jammu and Kashmir through the international border in the Samba sector recently. India held a high-level meeting on the Nagrota incident on Friday evening.