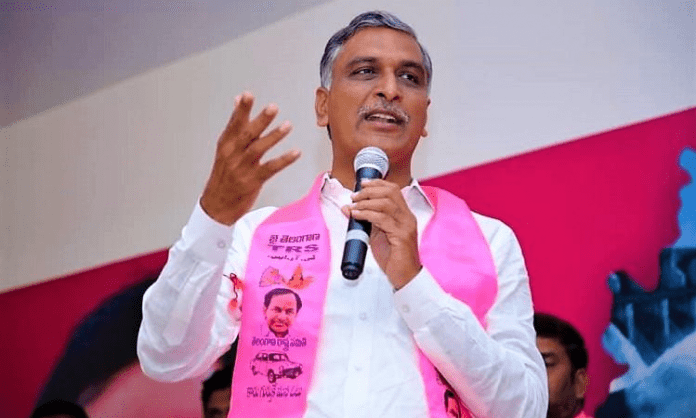 The minister took to Twitter on Saturday to declare that he is infected with COVID. He, however, said he was “fine”.

“On getting initial symptoms of coronavirus, I got the test done and the report came back positive. My health is fine,” tweeted Harish Rao.

The minister, who is the nephew of Chief Minister K. Chandrashekhar Rao, requested all those who came in contact with him in the last few days to isolate themselves and get the COVID test done.

“Get well soon Bava. I am sure you’ll recover faster than others,” tweeted Industry Minister Rama Rao.

Harish Rao is the second Telangana minister to test positive for Covid-19. Earlier, Home Minister Mohammed Mahmood Ali had tested positive and was hospitalized. He recovered in a couple of weeks.

Harish Rao has tested positive a couple of days before the Telangana legislature session is set to begin.

The monsoon session of both Assembly and Council is scheduled to begin on September 7. The presiding officers of both the Houses have made it mandatory for members to show COVID-19 negative reports to attend the session.

While diagnostic centers have been set up in Assembly and Council premises for legislators, those present in districts have been urged to undergo tests at their respective places.

The COVID test has been declared mandatory for all staff members of the legislature, ministers’ aides, security personnel, and media persons covering the session.

Six of the 36 counselors who work with the Delhi Commission for Women (DCW) helpline at Naraina have tested positive for coronavirus. They include...
Read more
Health

Have nutritional beverage with exercise for fit body, sharp mind

Daily exercise, along with nutrient-enriched beverages, can do wonder with improving both physical and cognitive health, researchers have discovered. While exercise alone improved strength and...
Read more
National