The casting is half the battle won (Column: B-Town) 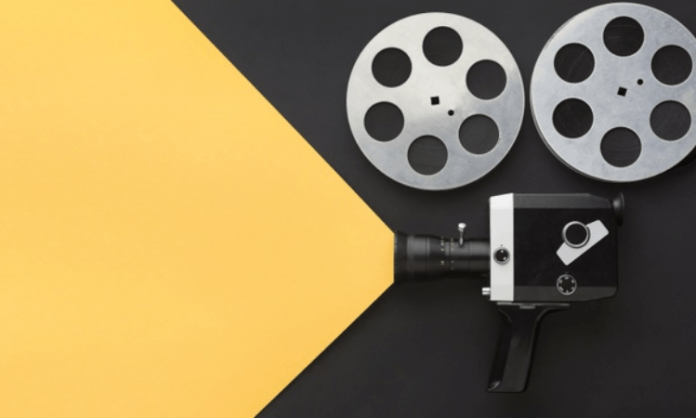 A film’s casting has often been among the prime causes of a film failing. Then, it may be a big, renowned filmmaker or a medium budget one. This is more a norm when a filmmaker chooses to cast a saleable superstar rather than what the script demands. Often, a script demands a new face, but for commercial reasons, the maker takes that risk.

At other times, it is a pure case of misjudgment or dodging logic. The audience has its definite, set ideas, and going against them can often be disastrous for a film. For example, would a man discard a very pretty woman (in public perception) for a lesser beauty, other things being equal? That is to say, the cause is not justifiable.

The example is Jeetendra’s home production, “Deedar-E-Yaar”. It had a usual story of two bum-chums falling in love with the same girl, played by Tina Munim. Set in a Muslim background, the story gets convoluted as one friend marries her only to instantly divorce her for the sake of his friend. The other woman on the scene is Rekha, the siren of that era. Besides the poor scripting, people were not convinced that with Rekha on the scene, whatever her character maybe, two guys would vie for Tina Munim (masses as in the stalls audience ruled the box office in those days).

Another such movie was “Yeh Vaada Raha” where Poonam Dhillon, after a disfigured face due to a road accident, comes back as Tina Munim following a series of plastic surgery procedures! With good face value and an excellent musical score to back it, the film still flopped. Let alone the face but nothing about the rest of the anatomy matched! You don’t expect people to accept a new face for a girl the man fell in love within the first place.

Wrong pairing is described as lacking chemistry in the film parlance. This chemistry between a hero and his heroine works magic on the audience. If they can’t work that out, the viewer finds something amiss. But, when film buffs endorsed a star pair, it worked wonders. The examples are aplenty. The Dharmendra-Hema Malini pairing is among the prime example. The pair had cultivated its own audience and casting them together guaranteed the film a hearty opening response. Not surprising that these stars were paired in over 40 films together! Must be a record of sorts!!

Rajesh Khanna and Sharmila Tagore were the pair to cast for a few years and did nine films together. Similarly, Khanna also did as many as nine films with Mumtaz. Since he was a romantic star, he paired with many heroines, till the time the trends changed and Khanna was displaced from top rank. Jeetendra paired well with many female stars but was most preferred with Sridevi eventually. And, then, there was the pair of Anil Kapoor and Madhuri Dixit, who worked together in some 19 films.

One has not seen such popular pairs happening in recent years. For some male actors, the female star changes in every film, for whatever reason.

Subhash Ghai made “Karz” on the theme of reincarnation. Where Raj Kiran is killed and Rishi Kapoor steps in as the reincarnated Raj Kiran. Ghai did his best to make it convincing so that the viewers would accept the change. The film’s music was an instant hit and is evergreen. But, the film was not totally accepted. It did its best business mainly in Mumbai city and remained average in the rest of the country.

When dealing with the reincarnation theme, a maker has to be very sure the concept is plausible, and the faces in the story remain constant. Even when that is done, the acceptance takes a day or two to sink in.

“Milan” starring Sunil Dutt and Nutan is one such film. The film’s music was catching on and can be rated as immortal but the film received a tepid opening response. In those days, word of mouth meant a lot, in fact, it was the only way a film could catch momentum. And, “Milan” did. It went on to become a huge hit.

Rakesh Roshan had taken up a reincarnation theme for his film, “Karan Arjun”. Even while the film was under production, he did not seem to be very sure if he had made the right decision and he would willingly show the rush prints of the film to trade people whose opinion mattered. The test of the way the film was handled depended on when he brings Salman Khan, Shah Rukh Khan, and Rakhee together and how convincingly he does it. He did that well. Add to that, the Bukhari mother factor, as always, worked with our audience in this film, too, and the film went on to become a blockbuster.

“Kudrat” directed by Chetan Anand with Rajesh Khanna, Vinod Khanna, Rajkumar, Hema Malini, and Priya Rajvansh, was a major production with reincarnation as its theme — again, with a haunting musical score. The film was, however, rejected by the trade as well as the moviegoers, at the very onset. Here, one felt the casting of Rajesh Khanna and Hema Malini was not quite convincing and the film needed a younger pair.

While Shah Rukh Khan’s “Om Shanti Om” sailed through, Vikram Bhatt’s “Dangerous Ishq”, which looked inspired from the stories from Dr. Brian Weiss’ book, “Many Lives, Many Masters”, was a patchy job and failed to work.

Then there were films where an established maker like Manmohan Desai, among others, started taking the audience for granted. Amitabh Bachchan was preferred courting glamorous female actors like Zeenat Aman, Neetu Singh, Parveen Babi among others. But, as Bachchan grew in age, Desai started casting lesser faces opposite him like Rati Agnihotri, Amrita Singh, and Meenakshi Seshadri. As they say, the chemistry was found lacking, and these films failed to match the success of Desai’s earlier films.

Desai also made the mistake of pitting Bachchan against villains who were not in his league. That made Bachchan also a lesser hero.

As they say, your hero is only as big as the villain in your film.

Amrish Puri, a king-sized actor, when it came to playing a villain, always had this grouse that on screen he had to take a beating from small heroes whom he could knock out in one punch in real life!

Now that most top stars have been making their own films, they seem to count on their own popularity and do not care for casting according to the demand of the subject. Salman Khan, for example, decided to remake an American film, “Little Boy”, which would qualify as a children’s film in India as “Tubelight”. What is worse, he thought that the role played by the child in the original can be converted into that of an underdeveloped adult which Salman played! That was a blunder and, no wonder, a disaster at the box office.

As for Shah Rukh Khan, he is reduced to making his own films as the banners loyal to him seem to have distanced him from their casting department. It was easy to work with top banners and leave the burden of hit or flop on them. But, since he started making films for himself, he has not been able to slot where his films would be acceptable to the public. He tried playing a superhero in “Ra. One”, then, his old romantic self in “Jab Harry Met Sejal”, as well as “Zero”, where the women will fall for him so what if he is a dwarf, both to no avail.

When the downfall starts, the mind stops working logically. He made “Fan”, a film in self-glorification, a sort of tribute to himself! Most of all, how could he even think of glorifying a much-hated petty criminal from Gujarat, Abdul Latif, in “Raees”? And, Latif was not even known anywhere else except parts of Gujarat!

And, to think that these are the actors who vouch by, “I never accept a film unless I read the script!”

One actor who has not been greedy about looking for subjects where he can hog the limelight is Aamir Khan. “Dangal” was a biopic of Mahavir Singh Phogat, a champion wrestler with dreams to see his daughter make a name for herself in the wrestling world. The film is Aamir’s best example and the biggest hit from his banner. He played an older man, Phogat, who trains his daughter to fulfill his and her dreams.

There are no more popular pairs because the idea worked mainly in love stories. Now, few of those are made, if at all. With films being made with two or three male stars, the female stars have to be newer to the field or ones who don’t have much work. While the male stars have to be saleable, the female need not be. The budget has to be balanced and not let it become top-heavy. As far as casting blunders are concerned, they will continue to occur.

One can write volumes on the subject of casting but the ones mentioned here give an idea.