The lockdown was an attack on the poor, says Rahul 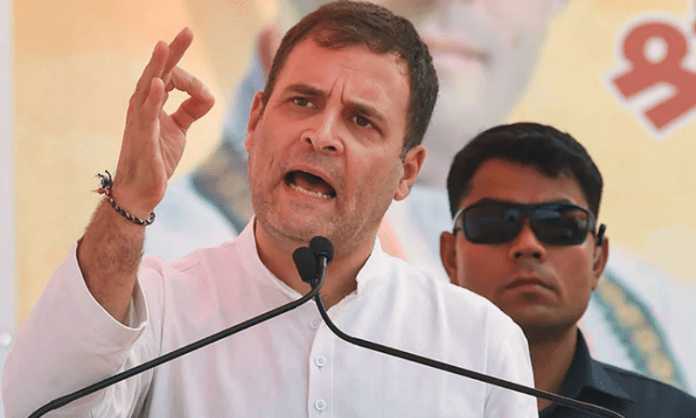 Continuing his attack on the government over the state of the economy, former Congress President Rahul Gandhi has alleged that the unplanned lockdown broke the backbone of the Indian economy and it was the Modi government’s third attack on the unorganized sector.

Releasing his fourth video of the series on Wednesday, Rahul Gandhi said: “The poor, those working in small and medium businesses, are daily wage earners. They eat with what they earn each day. When you announced a lockdown without notice, you attacked them.”

Gandhi reiterated his point that the lockdown did not yield results as India surpassed Brazil and became the second worst-hit nation by the pandemic. “The Prime Minister said the fight will be for 21 days, the backbone of the unorganized sector broke in 21 days,” he added.

The Congress leader alleged that the government did not pay any heed on the advice of the party and when it was time to open after the lockdown, the Congress party told the government several times that helping the poor was essential. “A scheme like NYAY needed to be implemented, the money needed to be directly deposited in bank accounts. But they didn’t do it,” said Rahul Gandhi.

The Congress in its letters to the Prime Minister had suggested that for small and medium businesses, the government should prepare a package.

“They needed to be saved. Without this money, they would not be able to survive, but the government did nothing. Instead, the government waived off taxes worth lakhs of crores of the richest 15-20 people,” the Congress leader said.

Earlier Rahul Gandhi in his video had questioned the GST and demonization. Rahul Gandhi had said that the GST was the UPA’s idea of easy taxation but the NDA has made it “complex and complicated”.

“The GST implemented by the NDA government is different as four slabs of taxes are there to the tune of 28 percent, it’s very complicated and very difficult to understand,” said Rahul.

The small and medium businesses can’t comply with this tax procedure but the big companies can hire as many accountants as possible, he said.

Rahul Gandhi said that “demonetization did not erase black money as was claimed by the Prime Minister and it did not benefit the poor and the advantage was given to India’s biggest billionaires.”

He had said demonetization wiped out cash from the system and due to this, the informal sector has suffered because the unorganized economy runs on cash whether it is a small shopkeeper, farmer, or laborer.

While responding positively to the Maharashtra Government's proposal to open up the suburban railways for all commuters, the Central Railway and Western Railway have...
Read more
National