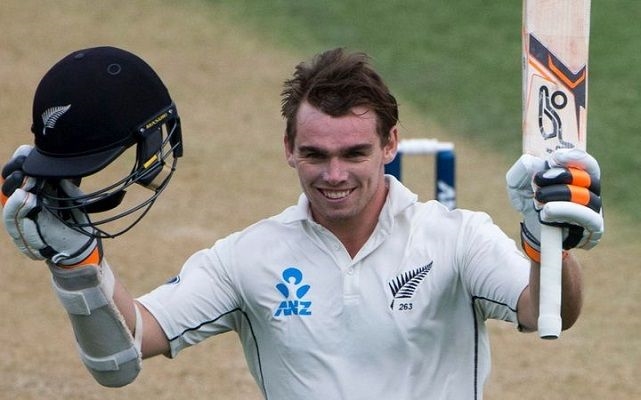 Tom Latham danced out of his crease and hit Joe Root straight down the ground for a boundary to bring up his 11th Test century, in the last over before Tea. In a five-pronged pace attack, none of the English seamers could do enough to dislodge or threaten the New Zealand opener’s stay at the crease on a fresh pitch where the visitors had decided to bowl after winning the toss.

The closest they did come, in what was also a rare error from the southpaw, was when he looked to slash an away going delivery by Jofra Archer but got an edge, which was dropped by Ben Stokes in slips. It was a relatively easy chance and rare coming on the day where way more was expected.

Post Lunch, it was yet another 80-odd-run session, of which Tom Latham scored a 50 more. Yet, it was a period where New Zealand progressed far more smoothly and authoritatively to reach 173 for 3 at Tea.
Resuming the innings on 86 for 2, New Zealand began slowly, scoring only six runs in the first half an hour of play. It was also a phase in which England bowled possibly their most disciplined lines and lengths, where freebies were few.

They could have even reaped rewards soon after but only for a few errors, the first of which came via a contentious call from the third umpire where he overturned an LBW decision believing that the batsman had inside-edged the ball. Ross Taylor survived. And soon after came Stokes’ drop which allowed Latham to continue with his innings.

While Ross Taylor was busy doing Ross Taylor things, combining his strong wristy play with some scratchiness, en route yet another away-from-limelight fifty, Latham was far more severe on the bowlers. He crunched eight boundaries in the post Lunch session and was severe to anything stray. The duo added 116 runs for the third wicket before Taylor departed slashing hard at a wide delivery from Chris Woakes and getting an edge to Root at slips, right after scoring his 32nd Test fifty.

With less than half an hour remaining for Tea, the drama died down soon after his departure. Latham and Henry Nicholls played cautiously and saw the side to Tea without any further damage.

The coming together of ATK and Mohun Bagan will not only help Indian football stride forward but it will also attract further global attention...
Read more

Another 11 COVID-19 patients have died in Britain as of Sunday afternoon, bringing the total coronavirus-related death toll in the country to 44,830, the...
Read more

Ayushmann Khurrana says he has always opted for films that have no reference point and that he has done so deliberately. "I have always tried...
Read more
Read More