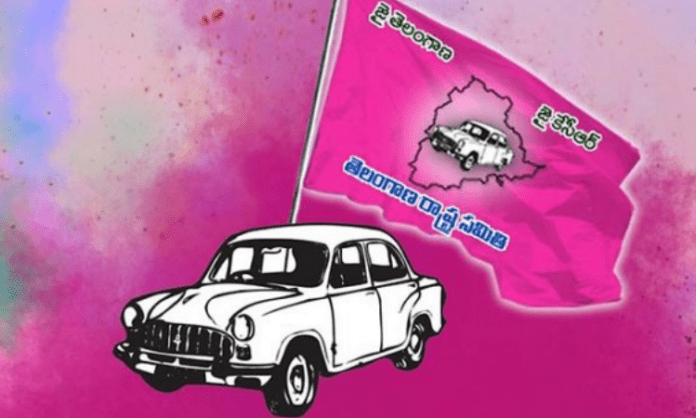 Ruling Telangana Rashtra Samithi (TRS) continues to maintain the lead in most of the divisions of Greater Hyderabad Municipal Corporation (GHMC) despite a tough fight put up by the Bharatiya Janata Party (BJP). TRS was leading in 70 out of 143 divisions, counting trends for which available till 3 p.m.

BJP was leading in 33 divisions while Majlis-e-Ittehadul Muslimeen (MIM) appears to be retaining its strongholds as the party candidates were ahead in 37 divisions.

The Congress party was a distant fourth with a lead in just four divisions. Trends from the remaining seven divisions were not yet available. Results of 22 divisions were announced till 3 p.m. Of them, MIM won 13 while TRS bagged nine seats.

TRS, which had bagged 99 seats in 2016 polls, is locked in a neck and neck race with the BJP, which has improved its performance too and appears to be making big inroads in the divisions held by the ruling party.

The saffron party, which had won only four seats in previous polls, fought the polls this time with all the might at its disposal as top central leaders and union ministers campaigned for its candidates in the civic body polls.

Hyderabad MP Asaduddin Owaisi-led MIM seems to be holding on to the majority of 44 seats it won in 2016 polls.

The first result went in MIM’s favor as its candidate and former mayor Mohammed Majid Hussain was declared elected from Mehdipatnam.

As only 11,818 votes were polled in the division, the results were declared after the first round of counting.

Majid Hussain had become mayor of Greater Hyderabad in 2012 under a seat-sharing agreement between Congress and MIM following 2009 polls. At the age of 31, he became the youngest mayor in the country. MIM’s Rajmohan was elected from the Puranapul constituency in the old city.

TRS also opened its account when its candidate Rajkumar Patel was declared elected from the Yousufguda division.

Counting of votes cast in all 150 divisions began at 8 a.m. at 30 places in the city with Telangana State Election Commission deploying over 8,000 personnel.

Since paper ballots were used in the elections, the counting process is slow and results are likely to be known only by late evening. The authorities have arranged 150 counting halls with 14 tables in each hall.

Police have made elaborate security arrangements in the city in view of the counting. Prohibitory orders and traffic restrictions were imposed around counting centers.

Hyderabad, Cyberabad, and Rachakonda police imposed a ban on victory rallies for the next 48 hours.

Polling in one division was stopped due to discrepancy in the ballot paper and a re-poll was held on Thursday.

The day will decide the political fortunes of 1,122 candidates. The bitterly contested elections saw a high-decibel campaign with the participation of several central ministers and top national leaders of BJP.

The campaign saw no-hold-barred attacks by political opponents. Remarks by some leaders created controversies. The promise by BJP leaders to change the name of Hyderabad to Bhagyanagar if the party voted to power had sparked a row.