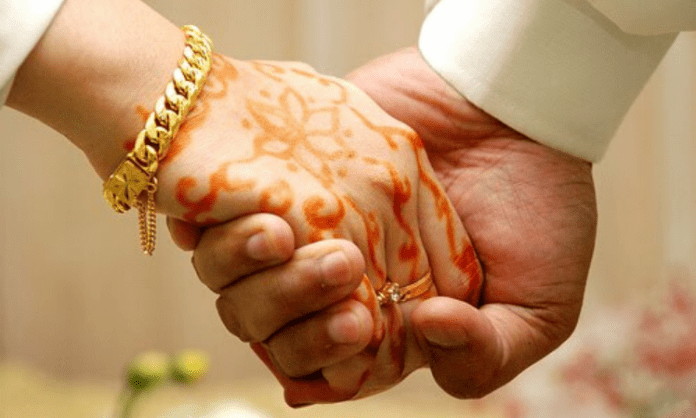 Aman Mani Tripathi, an independent legislator from the Nautanwa Assembly seat, got married for the second time on Tuesday night at a hotel.

Aman Mani married Oshin Pandey of Madhya Pradesh and the wedding was a small private affair.

The legislator’s sisters and other relatives attended the wedding.

Aman Mani Tripathi had earlier married Sara Singh and the latter was killed in an accident in July 2015. Aman Mani, accused of murder, is facing a CBI trial in the case. He is currently out on bail.

He had earlier been arrested for the alleged kidnapping of a businessman in Lucknow.

More recently, he hit the headlines during lockdown when he traveled to Uttarakhand, claiming that he had been assigned the task of offering prayers for the deceased father of UP Chief Minister Yogi Adityanath in Badrinath-the shrine was closed at that time.

The Yogi Adityanath government issued a denial in the matter and Aman Mani and his six friends were quarantined for a fortnight in the hill state and a case was also registered against them.

WhatsApp
Facebook
Twitter
Previous articleIn a first, no giant idol for Lalbaugcha Raja this year
Next articleAyodhya seers getting restless over delay in ‘Bhumi Pujan’

A threat of a ban on Pakistan International Airlines (PIA) flights in the airspace of Oman looms large as the Civil Aviation Authority (CAA)...
Read more
National

Saints and seers in Ayodhya are up in arms over the statement made by Nepal's Prime Minister K.P. Sharma Oli that the real Ayodhya...
Read more
International