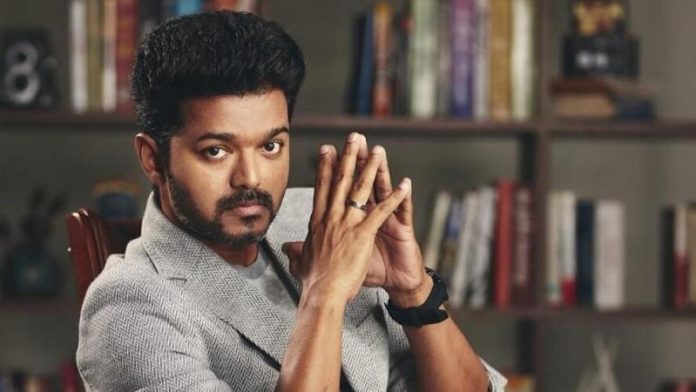 A video has surfaced online, which has Thalapathy Vijay performing power-packed stunt on a racer bike, claiming to be from his upcoming film, Master. The video took over the internet as soon as it was released and fans of the Bigil actor are awestruck with Thalapathy’s performance in the video. This video came as a little treat to the audience who are desperately waiting to see the film on the big screens, amid all the crisis surrounding COVID 19.

Directed by Lokesh Kanagaraj of Kaithi fame, Master has Vijay as the hero, and Makkal Selvan Vijay Sethupathi as the main antagonist. The film starrs Shanthanu Bhagyaraj in a key role, while Malavika Mohanan and Andrea Jeremiah will be seen as female leads. XB Film Creators have bankrolled the film, which has music by Anirudh Ravichander. An official event of Master was held last week, in which the film’s audio tracks were released. It is expected that the film will hit the big screens in the second week of April.

Meanwhile, reports are mounting on Thalapathy Vijay’s next film, Thalapathy 65. Reports suggest that the film will be directed by Darbar director AR Murugadoss and that it will be a sequel to Vijay and AR Murugadoss’ mega hit film Thuppakki. Kajal Aggarwal, who played the female lead in the film, recently spilled the beans about her starring the Thalapathy 65. While having a live video interaction on social media, she stated that she would be seen sharing screen space with Vijay soon.