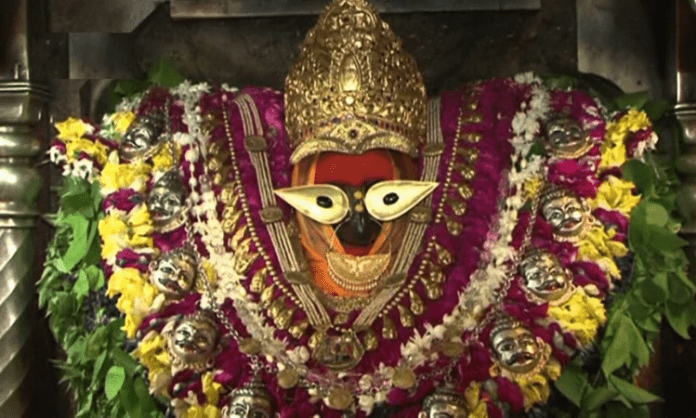 The famous Vindhyachal temple of Uttar Pradesh in Mirzapur district has finally reopened after 100 days of closure in view of the corona crisis. Pilgrims will be allowed restricted entry from Monday.

An elaborate ritual was performed on Sunday evening, as it reopened. The temple had remained closed even after June 8 when most other temples reopened in Unlock 1.0.

The Vindhyachal temples, located about 8 km from Mirzapur, on the banks of the holy river Ganga, is dedicated to Goddess Vindhyavasini (daughter of Yashoda-Nanda) and is one of the most revered ‘Siddhapeeth’ of the presiding deity.

The Vindhya Panda Samaj (VPS) had decided to close the Vindhyachal temple and other temples of the triad, including Kalikhoh and Ashtabhuja, on March 20 in view of the pandemic. The VPS did not reopen the temples on June 8 because one of the priests had tested positive for corona.

VPS president Pankaj Dwivedi said: “We decided to reopen the temple after all plans for crowd control, arrangements related to safety as per the guidelines of the government were discussed and implemented.

“An ‘Akhand Kirtan’ (mass religious recital) by selected priests was organized on Sunday afternoon with the performance of ‘Rajshree aarti’.”

He said that devotees will have to stand within circles drawn to maintain social distancing and wait for their entry in the temple after wearing masks and sanitizing hands.

Devotees will offer prayers from outside the sanctum sanctorum and exit the temple without touching anything. Similar arrangements will be effective in other temples of the Vindhya triad.