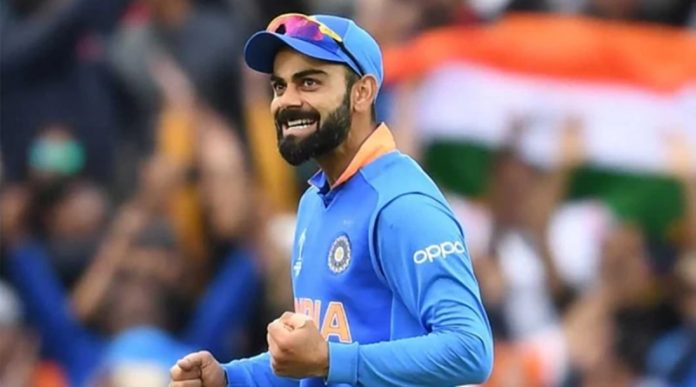 Virat Kohli took over the captaincy of the Indian Test team in 2014 and led them to the number one position in the ICC rankings. Recalling the journey, the Indian captain took to Twitter on Tuesday to explain what the Test match between India and Australia in Adelaide in 2014 taught him and his boys despite a narrow defeat.

“Throwback to this very special and important test in our journey as the test team that we are today. Adelaide 2014 was a game filled with emotion on both sides and an amazing one for people to watch too. Although we didn’t cross the line being so close, it taught us that,” Virat Kohli captioned a couple of pictures on Twitter.

“… anything is possible if we put our mind to it because we committed to doing something which seemed very difficult to begin with but almost pulled it off. All of us committed to it. This will always remain a very important milestone in our journey as a test side,” Kohli added.

The first Test of the Border-Gavaskar Trophy in Adelaide, played from December 9 to 13 in 2014, saw India lose by 48 runs despite Kohli’s impressive knock of 141 runs in the second innings.

After opting to bat, Australia rode on an unbeaten knock of 162 by Steve Smith, David Warner’s 145 and Michael Clarke’s 128 to post a first-innings total of 517/7 declared.

In reply, Kohli led India’s fightback with a 115-run knock as the visitors managed to score 444 before being bowled out amid Nathan Lyon’s five-wicket haul.

Australian opener Warner scored another century in the second innings to take the hosts to 290/5 declared.

For India, opener Murali Vijay lost his wicket for 99 and Kohli for 141 in an otherwise poor display of batting.Lyon finished with seven wickets and was bestowed with the man-of-the-match award.

Experienced leg-spinner Amit Mishra believes pressure will be on the SunRisers Hyderabad (SRH) when they take on Delhi Capitals in their next Indian Premier...
Read more
Sports

Football Delhi has decided to start a virtual skill competition for various age groups from next month. In its Executive Committee meeting held on Sunday,...
Read more
Sports