We’re sacrificing a lot to do well in Tokyo Olympics, says Hardik Singh 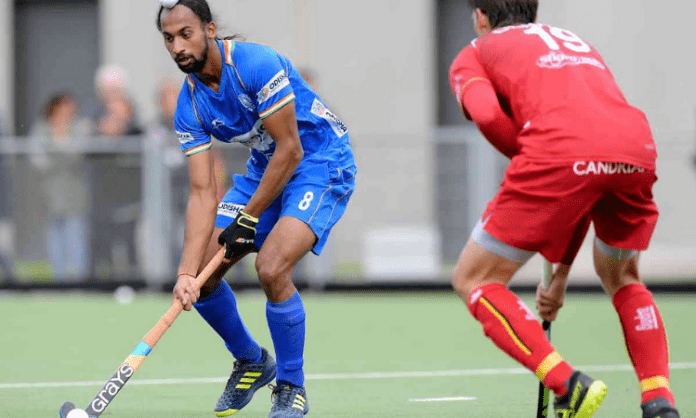 Hardik Singh, a midfielder in the Indian men’s hockey team, believes the sacrifices they are making now will be worthwhile if the side performs well at the Olympic Games in Tokyo next year.

“We are living in a small bubble and that’s helped us to know each other more. Having a deeper understanding of each other’s game is also helping us in the field. I think staying away from our families for nearly four months now is going to be worthwhile in the future because we are sacrificing a lot to do well in the Olympic Games. That’s our primary goal,” said Hardik who is part of the ongoing national camp at the Sports Authority of India (SAI) facility here.

Although he had narrowly missed playing the junior Men’s World Cup in 2016, he has been a regular prospect in the senior men’s core group over the last couple of years. Hardik feels the exposure he is gaining alongside senior players in the squad has helped him hone his skills.

“I had felt awfully bad missing out on the Junior World Cup which India won by beating Belgium in the final. I was part of the reserves, but I feel that disappointment of not making the squad only made me much stronger and more determined to improve my game and prove my mettle whenever I am provided with an opportunity,” stated the midfielder.

A huge fan of football, particularly the Argentine legend Deigo Maradona who passed away on Wednesday at the age of 60 has not only shocked the footballing community but also sent the hockey team into mourning, revealed Hardik.

“Almost all of us on the team are a big fan of football and we watch games regularly. The news of Maradona passing away yesterday shocked us and we were instantly reminded of the role he played in the 1986 World Cup where Argentina won the World Cup. He also played for my favorite club Barcelona, there is a lot to learn from his life as a legend of the game and he will be remembered for a long time,” he said.