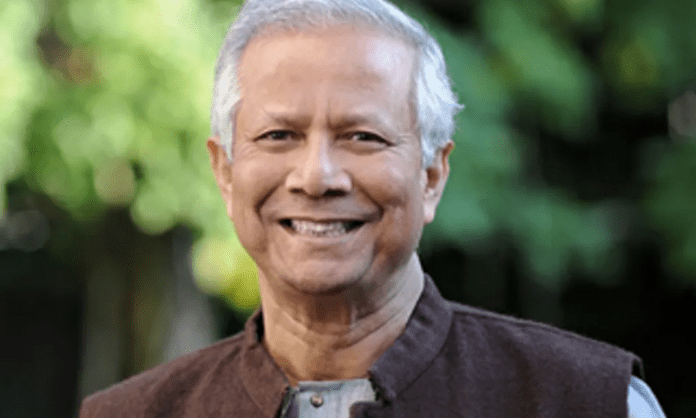 Nobel Peace Prize winner Muhammad Yunus said on Friday that novel coronavirus had laid bare the weaknesses in the society and lamented that economics doesn’t recognize workers employed in the informal sector. He stressed the need for according recognition to such workers.

During his conversation with Congress leader Rahul Gandhi, the founder of Bangladesh Grameen Bank said: “The financial system is designed in a very wrong way. And the Covid-19 crisis has revealed the weaknesses of society in a very ugly way; you can see it now.

“These are hidden away into society; we get used to it; the poor people are there; migrant workers are in the city, hiding in the city. But suddenly, we see millions of them on the highway trying to go home. And then on foot, thousand-mile journeys. That is the saddest part that the Covid-19 pandemic has revealed. We have to recognize these people.”

He was responding to Rahul Gandhi’s question about the finances of the poor, and the impact of poverty on women, and how this Covid-19 crisis and ensuing economic crisis was going to affect the poor.

Muhammad Yunus and Grameen Bank were awarded the Nobel Peace Prize for 2006. He set up the Grameen Bank in Bangladesh in 1983, fueled by the belief that credit is a fundamental human right. His objective was to help the poor escape poverty by providing loans on terms suitable to them and by teaching them a few sound financial principles so they could help themselves.

Yunus said: “Women are the remotest of all. Looking at the structure, this is the lowest in the structure. They have no voice, nothing in the society; traditions make them completely separate. They are the basic strength of the society.”

“All the entrepreneurial ability, when microcredit came and went to the women, they showed how much entrepreneurial capacity they had. That’s why microcredit is known to the whole world and not just in Bangladesh because they have shown their worth. They can fight; they have the skills; artisanal skills and all kinds of skills, beautiful skills. They are all forgotten because they all belong to what we call the informal sector,” he said.

Mumbai Indians fast bowler Jasprit Bumrah is known for bowling yorkers, but on Wednesday he used searing short balls to get rid of three...
Read more

Be very aware of consequences if Section 230 is tweaked: Pichai

Section 230 makes it possible for Google to provide access to a wide range of information -- including high-quality local journalism -- while responsibly...
Read more

The Indian Space Research Organisation (ISRO) has decided to follow a new naming policy for its earth observation satellites, it is learned. Henceforth, the Indian...
Read more
Read More