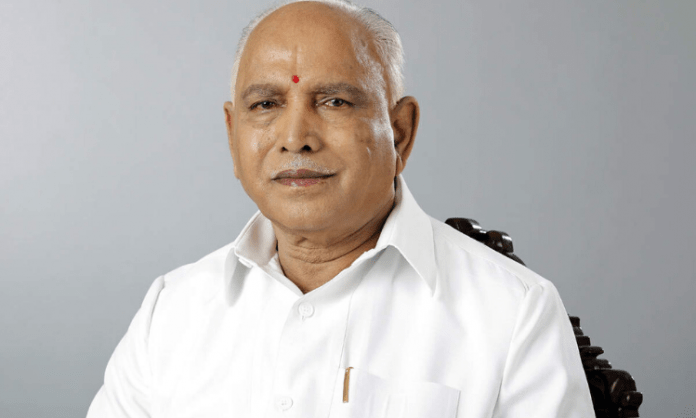 Donning a white safari suit and a face mask, the septuagenarian Yediyurappa inspected the guard of honor standing in an open jeep and going around the parade ground.

The Chief Minister also addressed the gathering in Kannada, recalling the achievements of his government over the year and how the state was fighting the Covid-19 pandemic since mid-March.

As the public was banned from participating in the function due to COVID-induced restrictions on gathering in large numbers for social distancing, the stands across the ground were empty.

About 500 people, including legislators, some cabinet ministers, defense personnel, and state officials were present on the occasion.

They were all seated 2-feet away from each other to maintain physical distancing.

Unlike in the previous years, the function was low-key and no army helicopter showered rose petals over the parade ground.

March’s past and cultural programs by students of the state-run and civic schools in the city were also not held.

As a special gesture, however, 75 frontline corona warriors and 25 patients who recovered from the infection attended the hour-long function.

The invitees were subjected to thermal screening at the entrance of the venue to ensure they were free from the virus.

According to reports from across Karnataka, district in-charge ministers and deputy commissioners celebrated the Independence Day fete by hoisting the national flag and inspecting the guard of honor in the 29 district headquarters in the state.

With barely a few days left before the Republic Day parade in the national capital, the proposed tractor rally already announced by the farmer...
Read more