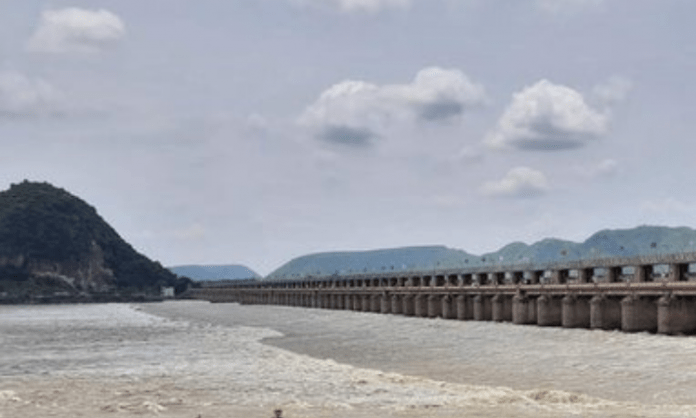 Vijayawada East YSRCP in-charge, Devineni Avinash, on Tuesday attacked the erstwhile Telugu Desam Party (TDP) regime for allegedly constructing a substandard retaining wall and abandoning it midway, leading to flooding in some parts of the city.

“Because of the earlier regime’s negligence, a substandard retaining wall was constructed and abandoned midway, which led to these floods,” said Avinash, who toured the flooded places on Tuesday.

Due to heavy rains, Krishnalanka, Krishna Karakatta and other places have been flooded since Sunday.

However, he said the floods are slowly receding even as he cautioned the locals to take precautions.

He also criticised the local MLA, Gadde Rammohan, for only making statements without fulfilling them.

The YSRCP leader also said that Chief Minister Y.S. Jagan Mohan Reddy has already allocated funds for completing the wall and vowed that the state government will complete it.

With 13,823 new coronavirus infections reported in the last 24 hours, India on Wednesday continued with its low streak of single-day cases, posting an...
Read more
National

The Yogi Adityanath government in Uttar Pradesh has informed the Allahabad High Court that it has filed a petition before the Supreme Court, seeking...
Read more