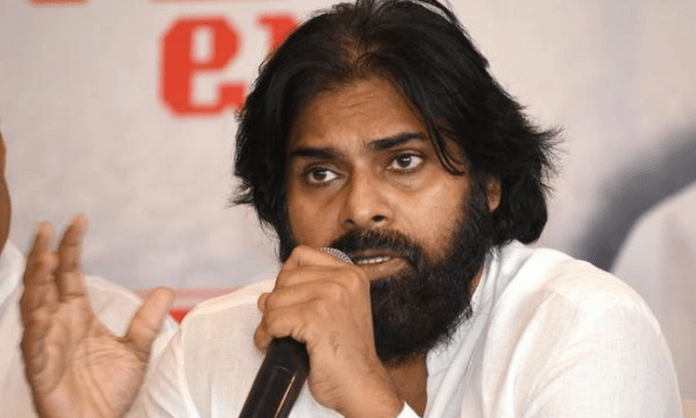 Five fans of popular Telugu actor Pawan Kalyan, died in a road accident while returning home after celebrating his birthday in Telangana’s Warangal district in the early hours of Wednesday.

The car, in which they were traveling, collided head-on with a sand-laden truck at Pasaragonda Crossroad in Damera Mandal, police said.

This was the second tragedy to hit Pawan Kalyan’s fans celebrating his birthday, in less than six hours.

Three youth were electrocuted to death and three others were injured when they came in contact with a live wire while erecting a banner in Andhra Pradesh’s Chittoor district on Tuesday night.

Pawan Kalyan, who is also the president of the Jana Sena party, announced financial support of Rs 2 lakh to the family of the deceased in the Chittoor incident.

He expressed his condolences and stated that it was his responsibility to support the family.

Warangal police said the youth who celebrated Pawan Kalyan’s birthday in Warangal were on their way to Mulugu to drop one of them when the car in which they were traveling rammed into a truck.

The victims were identified as M. Rakesh, Naresh, M. Rohit, Sabir, and K. Jayaprakash, all aged around 25 years.

Jayaprakash, who was driving a Sedan car, apparently lost control while overtaking a vehicle and collided head-on with a truck coming from the opposite direction.

Such was the impact of the crash that the car was badly mangled and all five occupants died on the spot.

“Nothing we do can compensate for the loss of lives. We can only stand by the families of the deceased and lend our support in these difficult times,” tweeted Ram Charan.

Pawan Kalyan is celebrating his 49th birthday on Wednesday. His fans in both Telugu states are in an upbeat mood as makers of his upcoming film ‘Vakeel Saab’ are unveiling the motion poster on the occasion.

‘Vakeel Saab’ is the remake of the Hindi movie ‘Pink’.

Covid-infected senior Tollywood actor Rajasekhar is not critical, said his actress-daughter Shivathmika Rajasekhar on Thursday. "I cannot thank you all enough for your love and...
Read more
National

The BJPs star campaigners will hit the campaign trail for the by-elections to seven assembly seats in Uttar Pradesh from Thursday amid the corona...
Read more