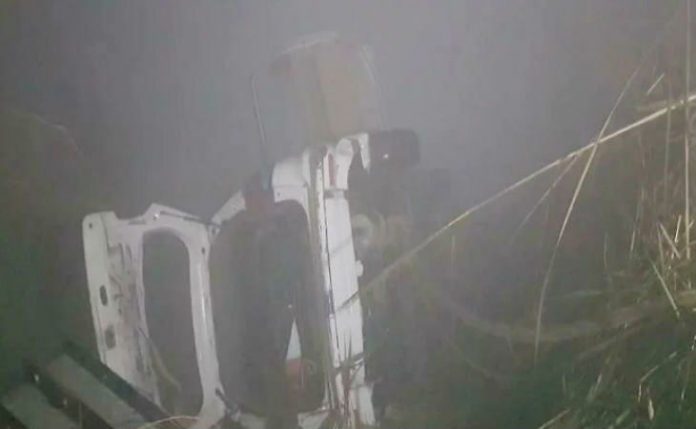 Six people, including two children, were killed when their car skidded off the road and fell into a canal in Uttar Pradesh’s Greater Noida, apparently due to fog, police said on Monday.
Five other occupants of the vehicle sustained injuries in the incident that took place around 11.30 pm on Sunday, they said.

“11 members were on the Maruti Ertiga. The car slipped into the Kherli channel in Dankaur region. All 11 were brought to a hospital, where doctors said six of them dead, while the remaining five are enduring treatment,” police stated.

Prima facie, the event seemed to have taken place due to low visibility caused by fog, the official added.

According to the police, there was one more car accompanying the Ertiga and all passengers were residents of Sambhal district who were on their way to Delhi.

The Bengaluru Zoo will gift three lions and a lioness. A pair to the Gadag zoo, and two lions to a Shimoga safari, both...
Read more
National

A day ahead of the Janmashtami festival, an ISKON temple in Vrindavan was sealed on Tuesday after 22 persons, including its priests, tested positive...
Read more
Health