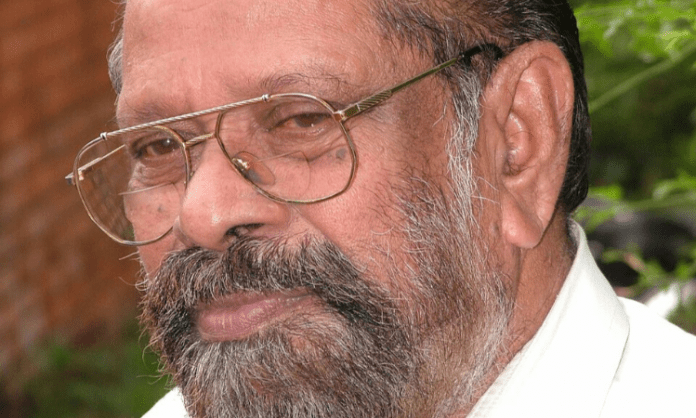 AIADMK leader and former member of Parliament and Tamil Nadu Assembly K. Arjunan has courted controversy over assault on a police officer on duty at a toll plaza in Salem even as a DMK lawmaker cried foul as he was wrongly identified as the attacker.

A video clip of the incident involving Arjunan was posted on social media, but some wrongly identified the assailant as DMK lawmaker Vagai Chandrasekar.

Arjunan was returning to Salem from Omalur on Sunday night when police deployed at the toll plaza asked his driver for the e-pass. Arjunan allegedly argued with the police and at one point in time hit a policeman who in turn pushed him away. Subsequently, Arjunan was seen kicking the policeman.

Chandrasekar — who represents Velacherry Assembly constituency — lodged a police complaint against two persons for ‘defaming’ him in the whole affair and urged for action against another person for defaming DMK party.

“These are not isolated postings. Postings defaming our President (DMK chief M.K. Stalin) and other party leaders are virally spread on the social media to misguide the public and with political mala fides,” Chandrasekar said in his complaint.

“Due to the said postings, I am being enquired by members of the public and my party men and the same has caused untold agony to me,” he added.

He said a mere perusal of the video will show that he was not the person seen in the video.

“In spite of this, without verifying the basic facts, these persons are spreading rumors on the social media platforms, which is punishable under the Indian Penal Code and the Information Technology Act,” Chandrasekar said.