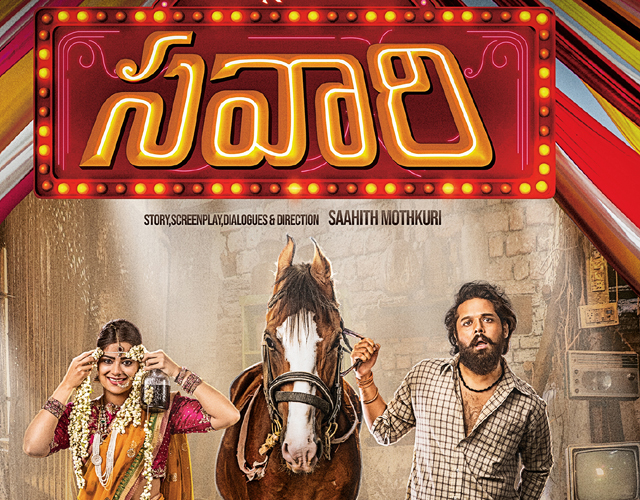 Popular distribution and Production house Asian Cinemas has acquired the movie’s theatrical rights. The distribution house will release the film in Nizam. Savaari has grabbed the attention of both Industry and Audience with its teaser and songs and has created a buzz. Songs from ‘SAVAARI’ went viral on social platforms and got a huge response from the listeners.

‘Ne kannulu’ lyrical song sung by Rahul Sipligunj reached 3 Million views and counting. The movie is directed by Saahith Mothkuri and produced by Santhosh Mothkuri and Nishank Reddy kudithi. Music is done by Shekar Chandra. Now that Asian Cinemas grabbed the rights for nizam, the makers are planning to release the movie in February. Release date will be announced next week.