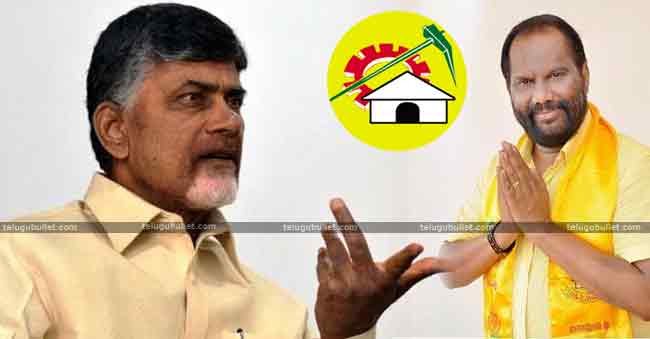 The TDP’s Amalapuram MP Pandula Ravindra Babu is all set to shift is loyalties to YSRCP as his party TDP is not interested to give him ticket now. This made the TDP to field in a minimum guarantee candidate who can win easily in Amalapuram Lok Sabha constituency.The leader is none other than Harish Madhur, the youngest son of late Balayogi who is celebrated as one of the prominent leaders in the entire history of TDP. This late ex-speaker of United AP died in a brutal Helicopter mishap had worked relentlessly to develop his Amalapuram and speculated to be the number two of TDP in those days.

Such leader’s son is now replacing Ravindra Babu who made derogatory comments on the Indian Soldiers and irked the TDP Chief CBN. As the boss CBN almost confirmed empty hand to Ravindra Babu, the latter now turned against the party and decided to meet the YSRCP head Jagan at his Lotus Pond. Inside talk of YSRCP is that they are willing to offer an MLA ticket to Pandula from either of P Gannavaram or Razole constituencies.The TDP camp is not at all worrying to lose Ravindra Babu as they are getting the right precedent of Balayogi, whom the residents of Amalapuram shall not be forgotten. Madhur can become the MP of Amalapuram for all the development done by his demised father Balayogi.

WhatsApp
Facebook
Twitter
Previous articleKCR Has No Place For KTR And Harish In His Cabinet Apparently
Next articleTarak’s Father In Law Meet Jagan: What’s up…?