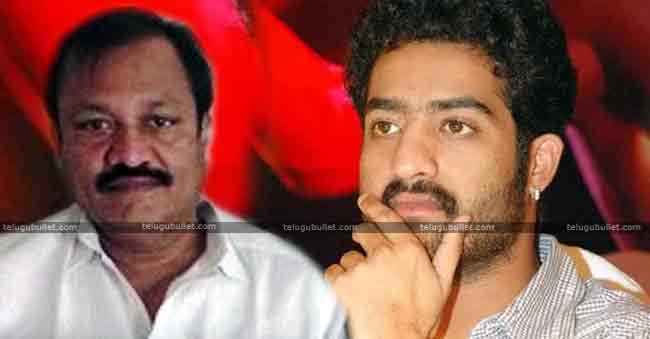 The owner of Studio-N channel and the father in law, Narne Srinivas of Young Tiger NTR Jr has met the AP Opposition leader YS Jagan the other day. This has raised the eyebrows of many TDP leaders and their followers.Going into the details, Srinivas took up the responsibilities of Studio-N from the hands of Nara Lokesh and his best friends ages ago. Since then, it is speculated that Narne has distanced himself from the TDP affairs and is following the advices given by his son-in-law Tarak post his marriage. Recently, Narne’s meeting with Jagan has drawn some doubts among the TDP leaders and they are speculating that this media head is likely to join YSRCP.

However, Narne quashed the rumors and declared the meet is indeed a cordial one and it has nothing to do with Politics. Despite his claims, the Political analysts opine that the CBN’s rival Daggubati Venkateswara Rao who is favoring Jagan is the man behind Narne’s meet with Jagan and he has determined to get all the anti-CBN leaders of TDP under Jagan’s roof to take the revenge against the TDP National head.Whatever might be the case, already Tarak is speculated to be maintaining close relations with YSRCP leaders like Vallabhaneni Vamsi and Kodali Nani. Now his father in law’s interaction with Jagan just doubled the rumor that NTR Jr is indirectly supporting YSRCP.