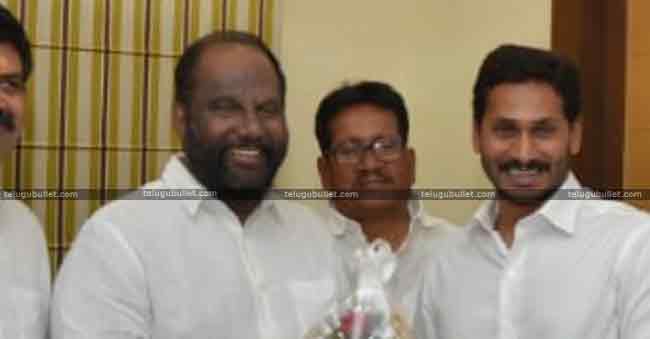 Leaders in the two big Political parties in Andhra Pradesh have started their jumpings from one party to another making sure about their Political futures. In this spree, another YSRCP leader is showcasing interest to ride the Yellow Bicycle.The Chirala YSRCP Incharge Yadam Balaji who is very aspired to get a Chirala MLA ticket this time has faced unwanted heat from his head, YS Jagan. The reason is that the sitting Chirala MLA who belongs to the TDP has now jumped into the YSRCP and the high command is likely to give him the ticket yet again. With this, irked Balaji held discussions with his supporters and loyalists who are with him all these past nine years.

After long discussions, Yadam went to the TDP Chief CBN’s residence near Vijayawada and discussed possible chances to get a ticket this time under the TDP flag. With cheers, he left CBN’s house but didn’t disclose any developments regarding this meeting. His followers are indirectly confirming that Balaji is likely to join TDP at any cost and the same will be made official soon.Not just this, a couple of leaders from in and around Vijayawada are favoring to join the Yellow camp as they fail to get seats in the competition. Meanwhile, TDP MLAs and MPs are queueing up to join YSRCP believing that Jagan might win the power this time.