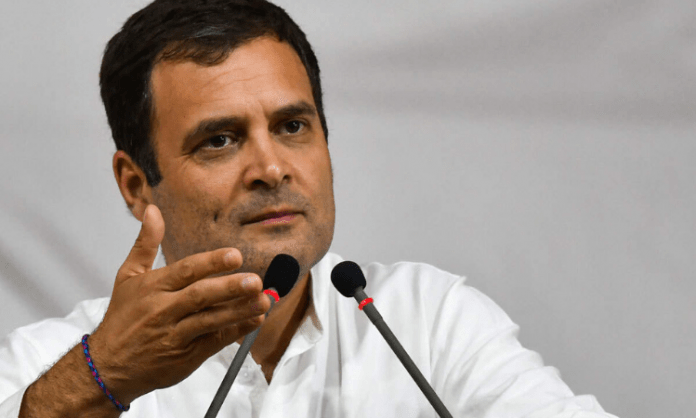 Political circles in Rajasthan were on Monday agog with talks of a likely resolution to the crisis arising out of rebellion by Congress MLAs owing allegiance to Sachin Pilot. Congress sources claimed that the Pilot camp lawmakers will meet Rajya Sabha MP KC Venugopal during the day and even meet with Congress leader Rahul Gandhi thereafter.

The Congress sources said that veteran party leader Ahmed Patel had pitched in to resolve the issue that had threatened the survival of the Ashok Gehlot government after the Pilot camp raised a banner of revolt over the state leadership.

The Congress had sacked Pilot as Deputy Chief Minister and the Rajasthan Congress President. So far, Gehlot has stayed put in the CM chair amid claims and counter-claims on attempts to poach MLAs.

On Sunday night, a Congress Legislature Party meeting was held in a Jaisalmer hotel, where MLAs from the Gehlot camp are lodged. In this meeting, they held mixed views on taking back the rebels into the party fold.

While a few MLAs suggested that the rebel camp leader should be taken back in view of the “wafer-thin margin” of the Gehlot government over the opposition in the Assembly, others were not ready to budge and were not in favor of taking back the Pilot followers.

Meanwhile, the Gehlot camp in Jaisalmer is keeping a wary eye on any development in Delhi vis-a-vis the proposed meeting.

A senior Congress worker confirmed to IANS that a few Ministers from Rajasthan had hinted to the meeting and that the views of party MLAs were sought ahead of the scheduled meeting on reinducting Pilot and his loyalist MLAs.

RS passes Institute of Teaching and Research in Ayurveda Bill

The Rajya Sabha passed the Institute of Teaching and Research in Ayurveda Bill, 2020. The Bill seeks to merge three Ayurveda institutes into one...
Read more
Health

Ahead of the Monsoon Session of the Karnataka Legislature from September 21, state Urban Development Minister Byrati Basavaraj tested COVID positive and was admitted...
Read more