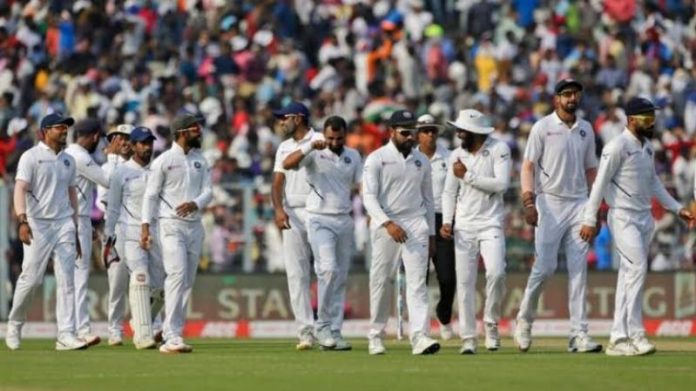 It took India less than an hour to wrap things up on the third day, and register a victory by innings and 46 runs. Umesh Yadav picked up all the three wickets to get his third five-wicket haul as India became the first team to register four consecutive victories by an innings margin.

Bangladesh were stunted by the absence of Mahmudullah, who was ruled out with a hamstring injury and kept their hopes on Mushfiqur Rahim. The senior batsman tried to chance his arm at regular intervals against the pacers, while also trying to shield the lesser batsmen at the other end.

The ploy worked for a while as he moved to 74, and raised hopes of getting India to bat again. But Umesh Yadav, who had struck early by bouncing out Ebadat Hossain, was quick to outsmart Rahim. A slower ball foxed Rahim into giving a tame catch at cover, with Bangladesh closer to the end.

The final moments of the game were a testament to how the series had panned out, with two of India’s pacers locked in a battle to get a five-wicket haul. For Ishant Sharma, there was the added incentive of a ten-wicket match haul as well. The final moments of the match were a battle between the two pacers. It was Umesh who won that, getting Al-Amin Hossain to nick behind and reiterate India’s dominance.