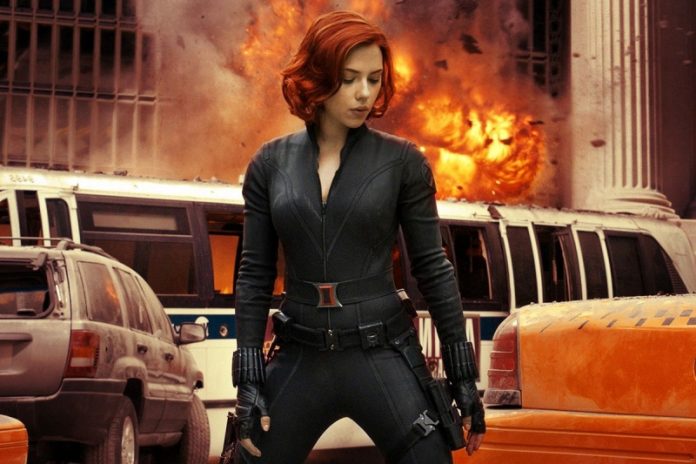 Marvel announced Friday that the next film in the Marvel Cinematic Universe, centered on Scarlett Johansson’s titular character, will release a day earlier in India. Additionally, Marvel also revealed that the Black Widow movie would have five local language voice dubs in India: Hindi, Tamil, Telugu, Malayalam, and Kannada. This is the first time Disney is releasing a Marvel movie in India in six languages — don’t forget English — having first undertaken that task with Terminator: Dark Fate, which released earlier in November.

In the works for several years, Black Widow was officially confirmed at the 2019 San Diego Comic-Con back in July, with a global release date of May 1, 2020. In addition to Johansson as Natasha Romanoff, the standalone Black Widow movie stars David Harbour (Stranger Things) as Alexei Shostakov / Red Guardian, the Russian counterpart of Captain America in the comics; Florence Pugh (Lady Macbeth) as Yelena Belova / (second) Black Widow, a sister-figure to Romanoff; O-T Fagbenle (The Handmaid’s Tale) as Mason, a S.H.I.E.L.D. ally and Romanoff’s love interest; and Rachel Weisz (The Favourite) as Melina / (third) Black Widow, a seasoned spy.

Robert Downey Jr. will reprise his role as Tony Stark / Iron Man in Black Widow as well. If that’s confusing, given what happened in Avengers: Endgame earlier this year, it’s because the Black Widow movie is set after the events of 2016’s Captain America: Civil War. Behind the scenes, Cate Shortland (Lore) is directing Black Widow, off a script by Jac Schaeffer and Ned Benson.

Filming began on Black Widow in May in Norway and the UK and moved to Budapest, Hungary in June, and then Georgia, USA, and Morocco in the following months. Production wrapped up in October. Black Widow is one of six Marvel movies in Phase Four of the MCU, alongside The Eternals in November 2020, Shang-Chi and the Legend of the Ten Rings in February 2021, Doctor Strange in the Multiverse of Madness in May 2021, a sequel to Spider-Man: Far From Home in July 2021, and Thor: Love and Thunder in November 2021.

Actors Yukti Kapoor and Gulki Joshi, who are a part of the TV show "Madam Sir", have saluted the spirit of the police for...
Read more
Cinema Latest

Actor Tahir Raj Bhasin, who steps into the shoes of legendary cricketer Sunil Gavaskar in "83", says he is glad that people will get...
Read more

Google, Facebook, Microsoft, and other tech firms have joined the lawsuit filed by Harvard University and the Massachusetts Institute of Technology (MIT) last week...
Read more

The body of a four-year-old boy, who had gone missing from his house in Aliganj area, has been found hanging from a tree with...
Read more

The key Indian equity indices opened on a negative note on Tuesday with the BSE Sensex falling over 300 points. The domestic indices declined in...
Read more

The Kanpur Police have arrested another member of the Vikas Dubey gang, Shashikant alias Sonu, on Tuesday from the Mela Tiraha area in Kanpur. Addressing...
Read more
Read More