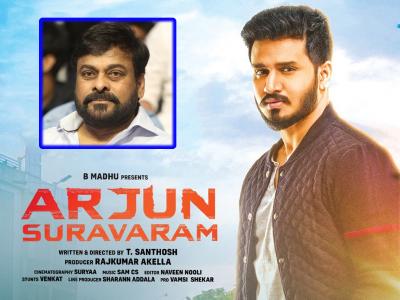 Nowadays Chiranjeevi is becoming a lucky mascot for the movies and he pledged to grace the pre-release event of Nikhil’s action thriller Arjun Suravaram in next week as a chief Guest.

It is heard that Chiranjeevi recently watched the special screening of Arjun Suravaram and promised Nikhil that he will help in the promotional activities. When the makers of Arjun Suravaram informed Chiranjeevi about the pre-release event of Nikhil starrer, he agreed to make his presence for the event as chief guest. Very soon the official announcement regarding the pre-release event and it’s Chief guest will be made.

Arjun Suravaram is helmed by TN Santosh, in which Nikhil Siddharth playing an investigative journalist. Lavanya Tripathi is on the board to play the female lead role. It is an action entertainer about an investigative journalist who is arrested for cheating banks with fake certificates. The movie is jointly bankrolled by Raj Kumar Akella and Kavya Gopal whereas it has the music by Sam CS.

Nikhil Siddharth starrer Arjun Suravaram is the official remake of a Tamil film Kanithan and is based on media operations. Every time when the actor Nikhil commences the promotions for his much-awaited movie ‘Arjun Suravaram’, the film is getting postponed. Arjun Suravaram was to release last year but it got postponed several times for various reasons. Now it will hit the theaters on 29th November.

On the other-side, Sye Raa Narasimha Reddy star Chiranjeevi is getting ready to start the shoot of his next upcoming film, which will be directed by Koratala Siva. 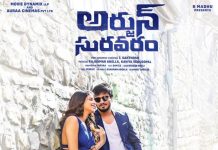 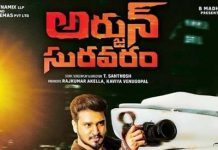 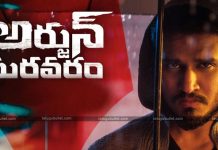 Arjun Suravaram: Another Thriller From Nikhil