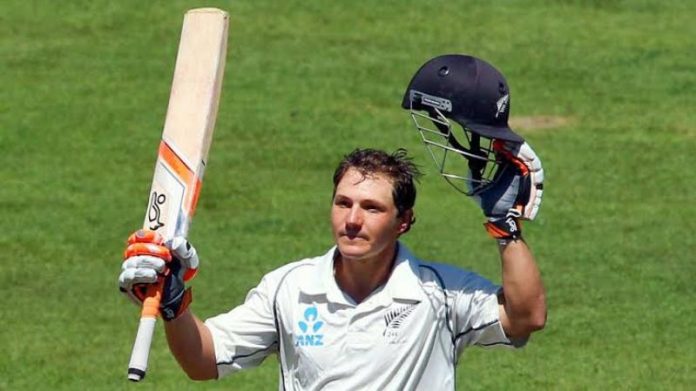 BJ Watling compiled a gutsy unbeaten 119 to script a stunning turnaround as New Zealand edged ahead on Day 3 of the opening Test against England in Bay Oval. The home side ended the day at 394/6, in front of 41.

In complete contrast to how the day ended, New Zealand began the day finding themselves in some trouble at 144 for 4. However, Henry Nicholls and Watling stonewalled England’s plans and shared a vital stand of 70 for the fifth wicket. Nicholls had a narrow escape when he has adjudged LBW off Jack Leach. The southpaw decided to take the review and the Hawkeye showed the impact was outside the line of off-stump and the decision was reversed.

In an attempt to break the stand, Root rotated the bowler and eventually, brought himself into the attack. He could have got the prized scalp of Watling but Ben Stokes put down a relatively simple chance by his standards at slip, and that dropped chance proved to be very costly in the end. Root, though, had the consolation of dismissing Nicholls in the same over LBW.

Once Nicholls was dismissed, Colin de Grandhomme joined forces with Watling to share a game-changing 119-run stand. De Grandhomme blended caution with aggression – driving Sam Curran and Stuart Broad to the boundary hoardings. He also cracked a top-edged pull of Jofra Archer that went all the way. Archer, on his part, upped his pace and consistently bowled more than 90mph in that spell, but it wasn’t going to be his day, especially concerning three reviews that went against him. Alongside troubling de Grandhomme with the short one, he also nailed the yorker to Watling, but the duo negated his threat and took the hosts to Tea.

Right after the Tea break, Dominic Sibley took a screamer at gully to send de Grandhomme back to the hut and give England a lift. However, England’s joy was short-lived as Santner joined hands with Watling to share one more game-turning unbeaten fifty-plus stand. During the stand, Watling also reached a well-deserved ton. The hallmark of his innings has been his impeccable judgment in the corridor of uncertainty.

At the fag end of the day, Archer won an LBW appeal against Watling with the nip-backer, only for the wicketkeeper-batsman to place his belief in the review and the HotSpot to indicate there was an edge. It was one of those days where Archer didn’t have anything going for him, while the home side would be delighted with the turnaround.

The track is showing some signs of wear and tear, and New Zealand from here would fancy their chances of winning the Test.