Congress splits in Goa: 10 out 15 MLAs to join BJP 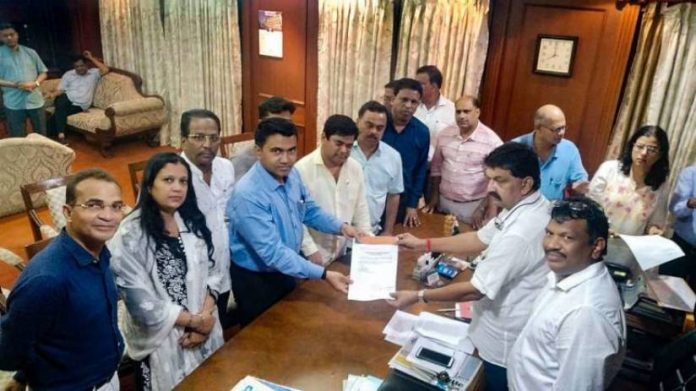 Goa: Congress party suffers a major crisis as 10 out of 15 MLAs left the party. A group of 10 people joined BJP led by opposition leader Chandrakanth Kavlekar.
The 10-member MLAs submitted a letter to the Speaker demanding the merger of the BJP legislature.
The speaker declared that CM Pramod Sawant had written a letter saying the BJP has increased its strength.

CM Sawant told news agency ANI, “They (the MLAs) have come for the development of the state and their constituency. They have not put forward any condition and have joined the BJP unconditionally.”

Political circles in Rajasthan were on Monday agog with talks of a likely resolution to the crisis arising out of rebellion by Congress MLAs...
Read more