To the already hyped Jana Mahakutami in Telangana, some TRS leaders who are unhappy with their Supreme KCR have shifted their loyalties towards Congress.TRS party leaders have been facing a tough time these days. Some are not in good terms with the Chief whereas some are facing unwanted heat from the voters of their respective constituency. 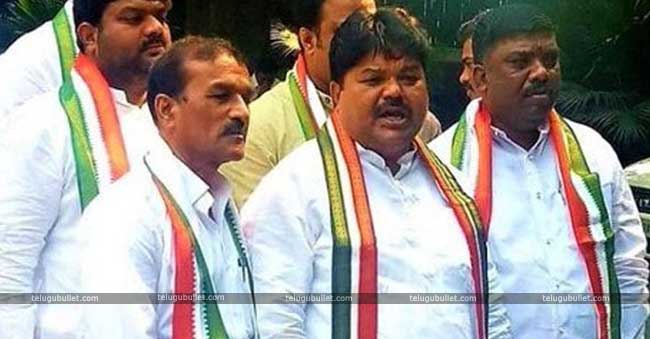 In this regard, top leaders of TRS like T Narsa Reddy, Ramulu Naik, D Srinivas left the Pink Car and joined AICC. Narsa Reddy who is the former Roads and Development Corporation Chairman was actually expelled from the party by the KCR for his relationships with Congress leaders. Harish Rao tried his best to keep him in the party but Revanth Reddy managed to bring him to TPCC camp.

Along with him, the Tribal leader Ramulu Naik and D Srinivas followed Narsa Reddy. Along with them, the former TDP MLA R Krishnaiah too showed his interest in joining Congress in the presence of AICC Chairman Rahul Gandhi, With many leaders incoming, the TPCC is scratching its head to allocate the party tickets within its limit of 90 seats in the Mahakutami.

WhatsApp
Facebook
Twitter
Previous articleWill Trouble Modi For His Injustice To AP: CBN In The Capital
Next article#MeToo Is Turning Dangerous – Vishal #WeToo