Fidel Edwards not to feature in Hampshire’s 2020 season 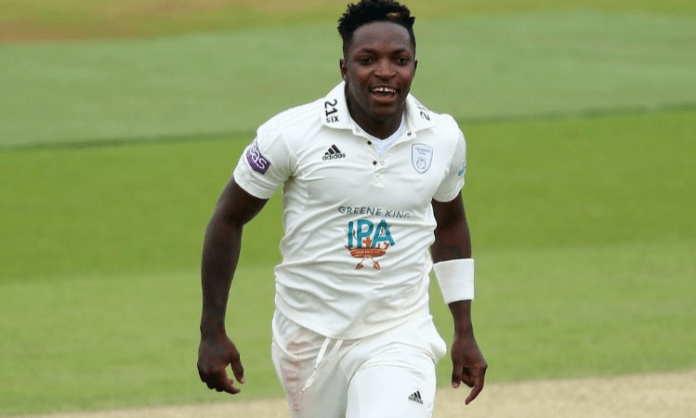 West Indies fast bowler Fidel Edwards will not feature for Hampshire in 2020 but will return for a testimonial match in 2021.

Edwards joined the club as a Kolpak player in 2015 and picked up 45 first-class wickets in just eight matches at an average of 20.80 in his debut campaign. After suffering a season-ending injury early in 2016, the right-arm seamer returned to pick up 33 wickets at an average of just 24.06 in 2017. He scalped 50 and 48 wickets in the following seasons.

“The mutual decision, which was made in agreement with Edwards and his management, comes as a result of the COVID-19 pandemic which has caused significant difficulties with the availability of players who do not permanently reside in the UK, the club has announced.

“This, coupled with the changing status of Kolpak players from the 2021 season, means that it’s likely the popular 37-year-old has played his last competitive game for Hampshire,” it added.

Giles White, Hampshire’s Director of Cricket, said, “Circumstances have conspired against a return for Fidel and sadly, it may be that he has played his last game for the club. Personally, I can’t speak highly enough of Fidel and the impact that he has had. He’s been an unbelievable player over his whole career but most recently with us.

“We will miss him in every way, he’s been a great teammate and a wonderful performer, and we all look forward to welcoming Fidel back next year to pay tribute to his outstanding contribution to the club.”

Edwards, on his part, said: “It’s a bit sad that my Hampshire career looks to be ending in these circumstances, during the pandemic, but there is a lot to celebrate and remember from my days at Hampshire.

“I hope this isn’t it for me and county cricket, but for now I am proud to have pulled on the Hampshire shirt and look forward to returning for my testimonial match in 2021,” he added.